“When You Kill a Lion, Everybody Talks About You for the Rest of Your Life.” 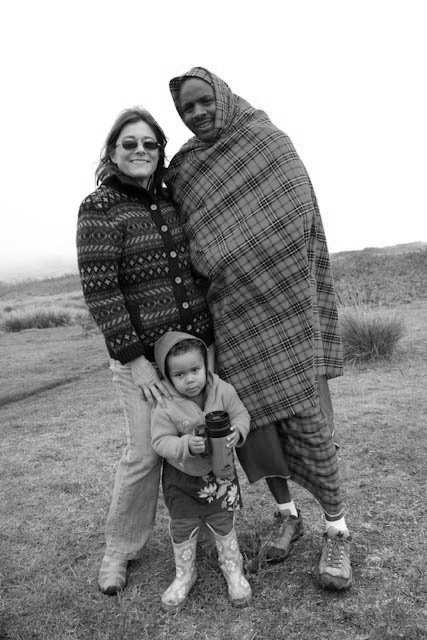 “I am one of twenty-nine children from one father and four mothers. I grew up in a mud hut in Tanzania, in East Africa. I am a Maasai. I was really happy to become a warrior. When you kill a lion, it’s like, ‘wow.’ Everyone talks about you for the rest of your life. When they sing songs, they mention you: ‘Wantay, he killed the lion!’

Now my wife and I run an education nonprofit for kids from my village. My dream is to see these girls be educated and not to get married while they’re still in school.” 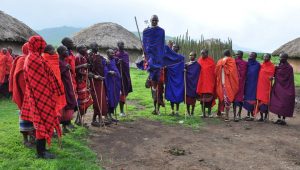 I met Wantay by accident, when I wandered through Karatu, Tanzania. I was there to meet up with our education partner, The School Fund, to write stories on local students. Having arrived a few hours ahead of them, I threw my suitcase in the lodge, brushed my teeth, and then headed out for a stroll to explore Karatu. My American eyes lit up at the words “Internet Café” and when I ducked inside, I discovered a treasure trove of good coffee and food, the only decent Internet service in the area, and a family of new friends: Wantay and Tina owned the café that became our refuge after long days of walking visits on the dusty local roads. We shared The School Fund’s dream to extend education access to all low-income kids on Earth.

We all became both education-nonprofit compatriots and friends. Wantay, Tina, and I kept in touch, and Skees Foundation provided a bit of moral and financial support to help them launch their nonprofit, Kiretono Resource Centre. When the Irmakesens later visited California, they met with The School Fund’s team at Google (see Matt, Chapter 10).

They also met me for Wantay’s book i 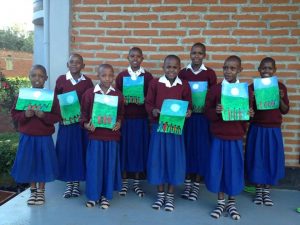 nterview at a borrowed office in Silicon Valley, wearing his traditional Maasai shuka, a red (to match the red soil) plaid cloth draped around him like, well, sort of like a Greek toga. I warned the guys in suits at the front desk to “be cool” when my friend arrived, because it’s not every day a man walks in to a high-rise in San Jose, California looking like that. In Tanzania, Wantay would also be carrying a large, intimidating wooden club—for killing hunted animals or enemy humans—but that day, he left his club in the car. The Americans thought Wantay was pretty badass. He talks about growing up in a mud hut and killing a lion in Chapter 7.

Excerpt from Chapter 7, in Wantay’s Own Voice

That was my dream, to become a good warrior. I didn’t have any other option. There was not anything else. If you didn’t go to school, you didn’t see the rest of the world, so you had only that one option.

We know the places, in the really thick bush, where you can find the lions . . . We know the places where they hide. We let the females go, but they’re very dangerous. They can kill you in a second. We have no guns, only spears.

We chase them, and they get really upset. They don’t run any more. They just wait. They look in people’s eyes, you know? They just look in your eyes. They become really upset. And then if you throw the spear, they come straight to you.

In my family, all my sisters got married. They’re in a different village, still in Ngorongoro. One of my sisters, my eldest sister, died in the childbirth, but the rest of them, they’re still alive.

I’m the only one who went to secondary school. When I finished school, I came back and I found a job. I was able to work and support them, buy the food for them and try to encourage them to go for more education, and try. I was able to send one of my brothers to go to school, for vocational school. He went to be a tour guide. I became the provider for my family.

My dream is, after maybe twenty years, I want to see that the girls that we’re trying to support them for their education, that they would be able to go for further education. They would be educated and not get married while they’re still in school, and then they can come back, and they can look for the job. They can work and support their community and their families, and they can support their own children to go to school. That’s what I need to see.

Check out Wantay’s chapter in MY JOB: Real People at Work Around the World, available both on Kindle and on paper. And, stay tuned to meet the next narrator, Mayra–a migrant farm worker turned farm owner and coffee cooperative president, in Chapter 8 . . .