“We Earn Maybe 25% of What We Could Be Getting Paid” 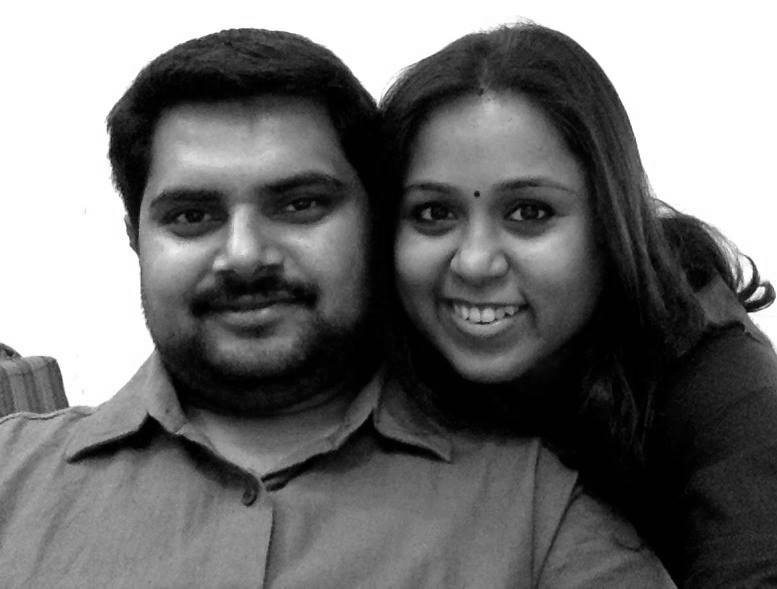 “Our focus is to create jobs in poor rural communities in northeast India, making eco-friendly products 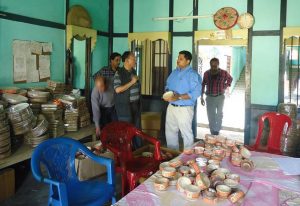 from palm leaves. I wouldn’t have been able to pull through without Debaleena’s patience and support.

We earn maybe 25 percent of what we could be getting paid if we had accepted a [corporate] job straight out of graduate school. The advantage [to a social enterprise] is the difference you get to create in the people’s lives.”

This husband-and-wife management team are partners in both work and love. I met Arindam and Debaleena on a volunteer writing trip to India with our Skees Foundation partners, Upaya Social Ventures. I had worked with Upaya and written many stories and articles on their innovative approach to supporting small businesses in India that provide dignified, reliable jobs for over 4,100 ultra-poor workers. When I visited Tamul Plates, the eco-factory launched by Arindam and Debaleena, I became fascinated as much by their love story—which is no fairy tale—as by their social-justice work in a difficult, remote region. I later circled back to interview them for Chapter 2.

Excerpt from Chapter 2, in Arindam & Debaleena’s Own Voices

Dating a Fantasy Versus Putting the Truth Out There

Debaleena: I think in both arranged marriages and love marriages also, when a guy and a girl are dating, they try to put up the best of their selves to each other, trying to impress. We did it the opposite way. We put our flaws out there at the first go . . .

Being Together Day and Night, at Work and Home

Debaleena: Very honestly, if I just look at the professional piece of our relationship, it is difficult. Arindam is a difficult boss. He is a very hard taskmaster. He is never impressed with anything that you put to him. Also for me, I have not studied entrepreneurship or management. I come from a completely different world. My world was like HIV and anti-trafficking and gender issues and all of that. So it was not in my agency at all.

But I was always open to learning. I don’t have that kind of block that I have to stay stuck to the kind of job that I was already doing. So when I came here, initially, I knew Barpeta didn’t have many options for me. Yet, I cannot stay back at home and just be a housewife. That, I cannot be.

So I was a little bit skeptical, and also, because Tamul Plates was going through a bad patch, then both of our incomes were affected. That was a point of concern for me.

But, on the other side, Debaleena’s presence within the organization has helped us a lot. One of the reasons we were able to turn it around . . .Surely, without her, it would have been very difficult to get to where we are now. Many times I’ve told her to go ahead and put [a proposal] out there. And she did it completely, without my intervention. And then we got the bid.

I am admitting very openly that she’s doing a great job. But, to me, I also have to point out the mistakes. [Laughs.]

Visit the Factory in Rural India

See Arindam and Debaleena’s mission for yourself, in remote village production units in the hinterlands of northeast India; and hear Arindam talk about the startup years of Tamul Plates, in this video produced by Upaya Social Ventures:

← "If Your Work is Not Your Love, You're Killing Yourself." Immigrant Stories of Work And Labor →