Behind the scenes with Muhammad, Bangladeshi Rickshaw Puller 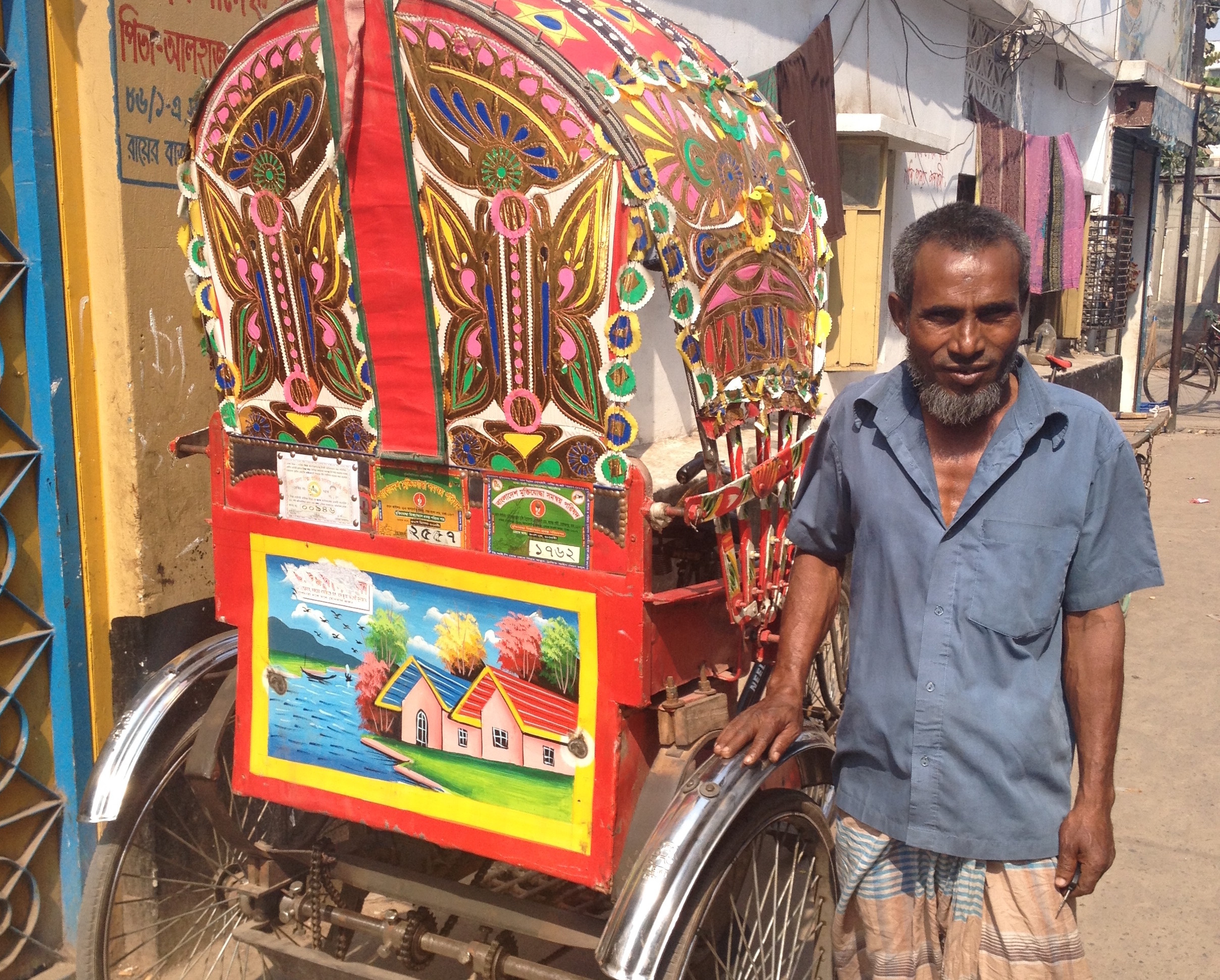 Click here to see our editor, Suzanne Skees, talking about Muhammad and the beginning of the My Job book project. 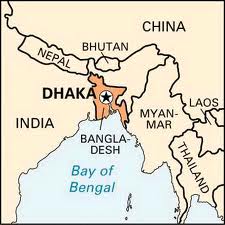 Diving into Dhaka for the First Chapter of Our Book

The current My Job book project began with one man—Muhammad, a 53-year-old who’s struggled his entire life with chronic hunger, grueling labor, and extreme poverty. I met him through a chain of friends who led me to a free school for slum children where Muhammad’s two youngest kids are enrolled. It’s a story full of miracles, and yet one that’s just beginning.

To gather material for the sample chapter and nonfiction book proposal for My Job, I traveled to Dhaka last spring. I was already in India for two weeks, writing for our job-creation partner Upaya Social Ventures. Dhaka was a quick flight away from Delhi.

The Virtuous Circles That Led Me to Muhammad

Dhaka also happens to be dubbed “the rickshaw capital of the world,” with an estimated 500,000 men pulling bicycle rickshaws in a city of 15 million souls. My coworkers Steve and Sachi introduced me to Adnan and Nadia, an American couple with Bangladeshi roots who cofounded Jolkona Foundation. They then introduced me to a social entrepreneur named Korvi, who—born into considerable wealth right in the same city where Muhammad struggles to earn even a dollar—attended law school at the University of London and then made a 180-degree turn away from everything his family expected from him: Korvi rented a small room in the slums and started JAAGO, a free school for orphans and street children.

Social Entrepreneur Builds a School in the Heart of the Slums 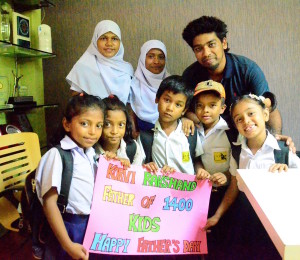 Korvi with some of his “1400 kids.” Photo credit -Suzanne Skees

Korvi is now 29. He has a smile like sunlight, and when he walks into a classroom at JAAGO, all the children start chattering and grasping for his hand. His staff told me that he sleeps on a cot in a back room at the school and lives and breathes this work; he’s built the school out to reach over 1,600 students and has expanded into the countryside via remote learning. He’s also launched several social enterprises to employ parents of JAAGO students.

Muhammad gave me three hours of his time (equivalent to one family meal in lost revenue) to tell me about his life. Another man, 24-year-old Sakib, stayed with me all day, serving as a translator. Sakib donates about 40 hours per week as an unpaid volunteer for JAAGO; he says this is just the culture of youth in Bangladesh.

Muhammad showed me the rickshaw he rents. He’s very proud of it. Rickshaw painting is an art form in Bangladesh. He showed me the slum where he lives with his family—his wife and seven kids—just behind the JAAGO school. And he introduced me to his wife of 30 years, Julikha. Muhammad’s mother set them up in an arranged marriage, which he says turned into a love match. “She is as pretty as her name,” he told me.

Muhammad grew up in rural Bangladesh. His father divorced his mother and then died, leaving Muhammad—the only boy—as head of household, just as the Liberation War began with Pakistan. He was ten. His mother, as a Muslim woman in a very conservative community, literally could not leave the house to work; so Muhammad labored on a nearby farm. His salary for a twelve-hour day was one plate of rice with vegetables, which he would then take home to share with his mother and sisters.

Decades later, Muhammad is still starving. “I pull the rickshaw for my next meal,” he told me. “If I don’t ride, we don’t eat that day.”

Amplifying Unheard Voices: Why Muhammad Must Tell the Story in His Own Words 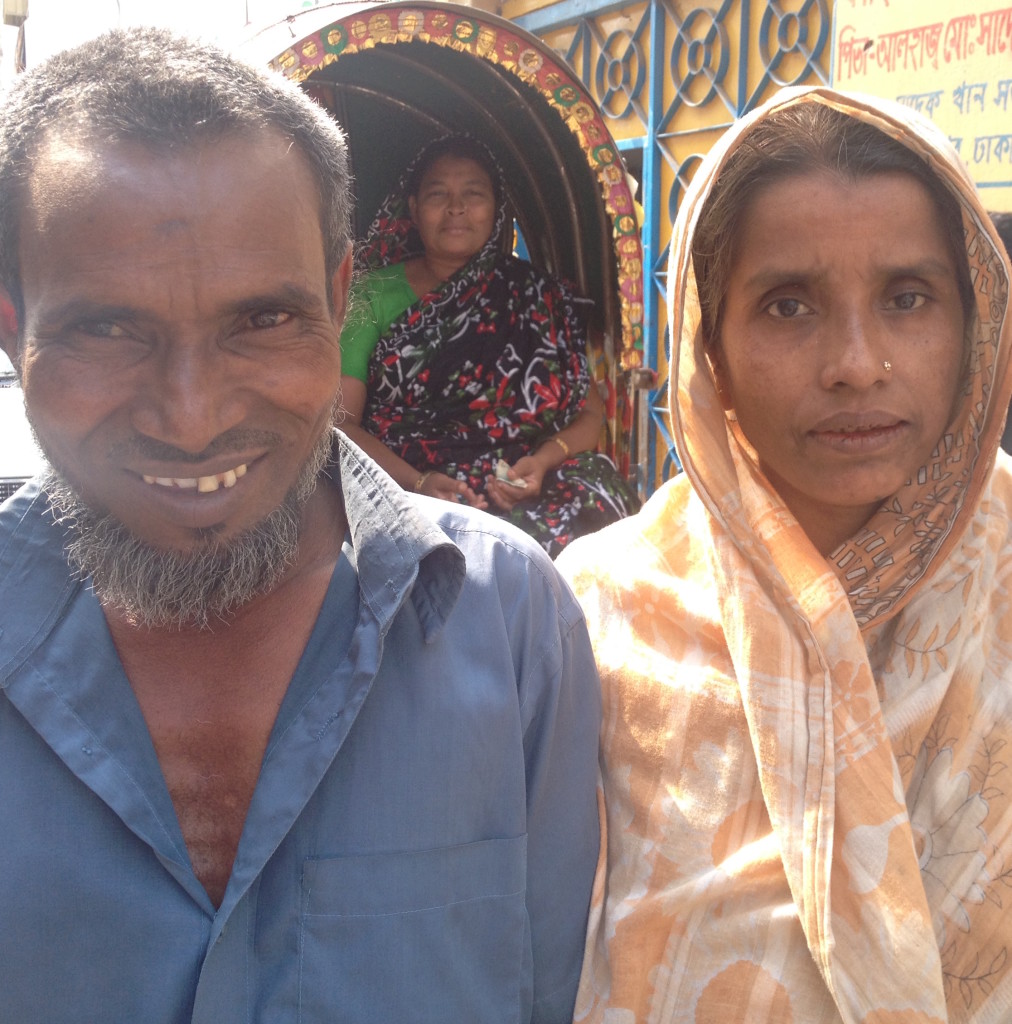 As I listened to Muhammad narrate the story of his life, I became convinced that no one could tell his story as well as he could. That set the stage for My Job, which will be a collection of first-person stories by real people at work in the U.S. and around the world.

Through story, we come together as one, in a global village where everyone can be kin.

← The Birth of My Job Event: Panel on Storytelling for Social Change; San Francisco, CA →