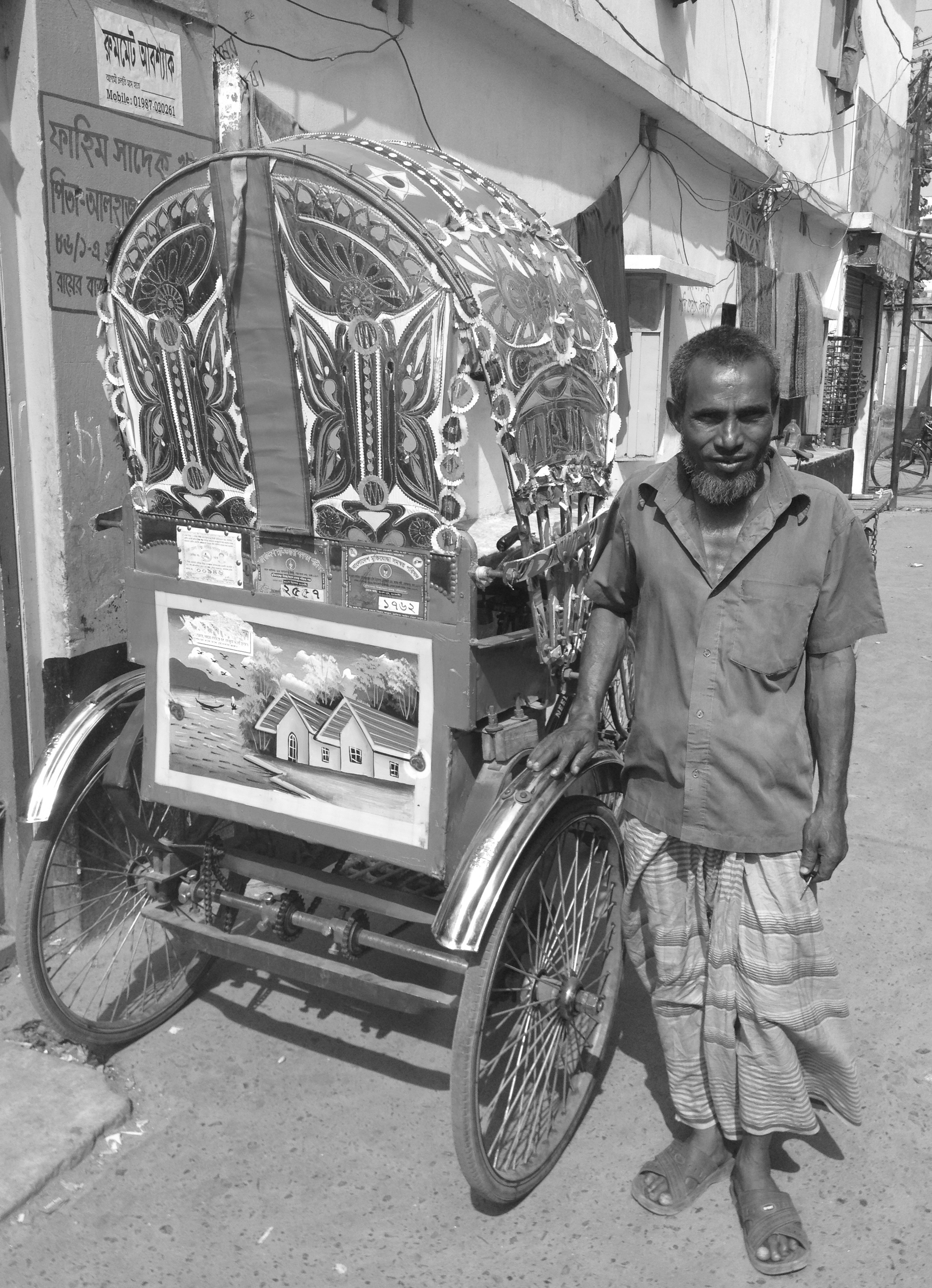 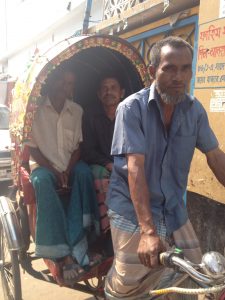 Here’s Muhammad with two other JAAGO dads who also work as rickshaw pullers. JAAGO is a foundation with the mission to build an illiteracy free Bangladesh with access to quality education for all. www.jaago.com.bd

“The whole day I spend pulling the rickshaw. I start from 7 a.m. Often I ride until 10 p.m. and the next morning, I get up and do it again. It’s a very long day, but it’s necessary to work all day to make enough money for my family to eat. If I miss one day, we don’t eat that day.”

I met 53-year-old Muhammad through a chain of friends who led me to a free school for childrenwho live in slums, where Muhammad’s two youngest children are enrolled.

Muhammad grew up in rural Bangladesh. His father divorced his mother and then died, leaving Muhammad—the only boy—as head of household, just as the Liberation War began with Pakistan. He was ten. His mother, as a Muslim woman in a very conservative community, literally could not leave the house to work; so Muhammad labored on a nearby farm. His salary for a twelve-hour day was one plate of rice with vegetables, which he would then take home to share with his mother and sisters.

As I listened to Muhammad narrate the story of his life, I became convinced that no one could tell his story as well as he could. That set the stage for MY JOB, a collection of first-person stories by real people at work in the U.S. and around the world.

Excerpt from Chapter 6, in Muhammad’s Own Voice 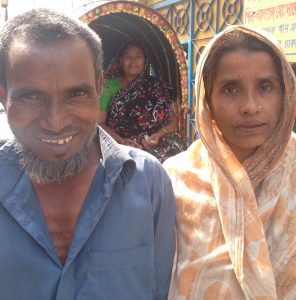 Muhammad with his wife of 30 years, Julikha. His mother set them up in an arranged marriage, which he says turned into a love match. “She is as pretty as her name,” he told me.

I never had schooling in my life, because my father was not there . . . [He] died when I was four years old.

If I started to tell the story of my life, I would start crying . . .

At age five, child labor began for me. My mother, my wife, and myself have all been through struggles.

I started working before the Liberation War. I used to work on farms for other people. The deal was this: no salary, and food only once a day, at night—rice and vegetables. I used to go back to my home and share that meal with my whole family. I was ten and I had to carry the whole family on my shoulders.

When I was a kid, I used to want to study accounting and work in a bank. I had a dream of studying and working in banks and offices. Everything related to money, I would like to do.

I want my kids not to be like me: not to have to work so hard. I have to do the same work every day. Everything is aching. Everything in me hurts.

Check out Muhammad’s chapter in MY JOB: Real People at Work Around the World, available both on Kindle and on paper. And, stay tuned to meet the next narrator, an African warrior who had to kill a lion with nothing but a spear and shield, in Chapter 7 . . .

All photographs courtesy of the author.

← A Single Mom's Struggle: Selling "The American Dream" While Stretching to Pay the Bills "When You Kill a Lion, Everybody Talks About You for the Rest of Your Life." →