Does Our Job = Our Self? With George, It’s Complicated 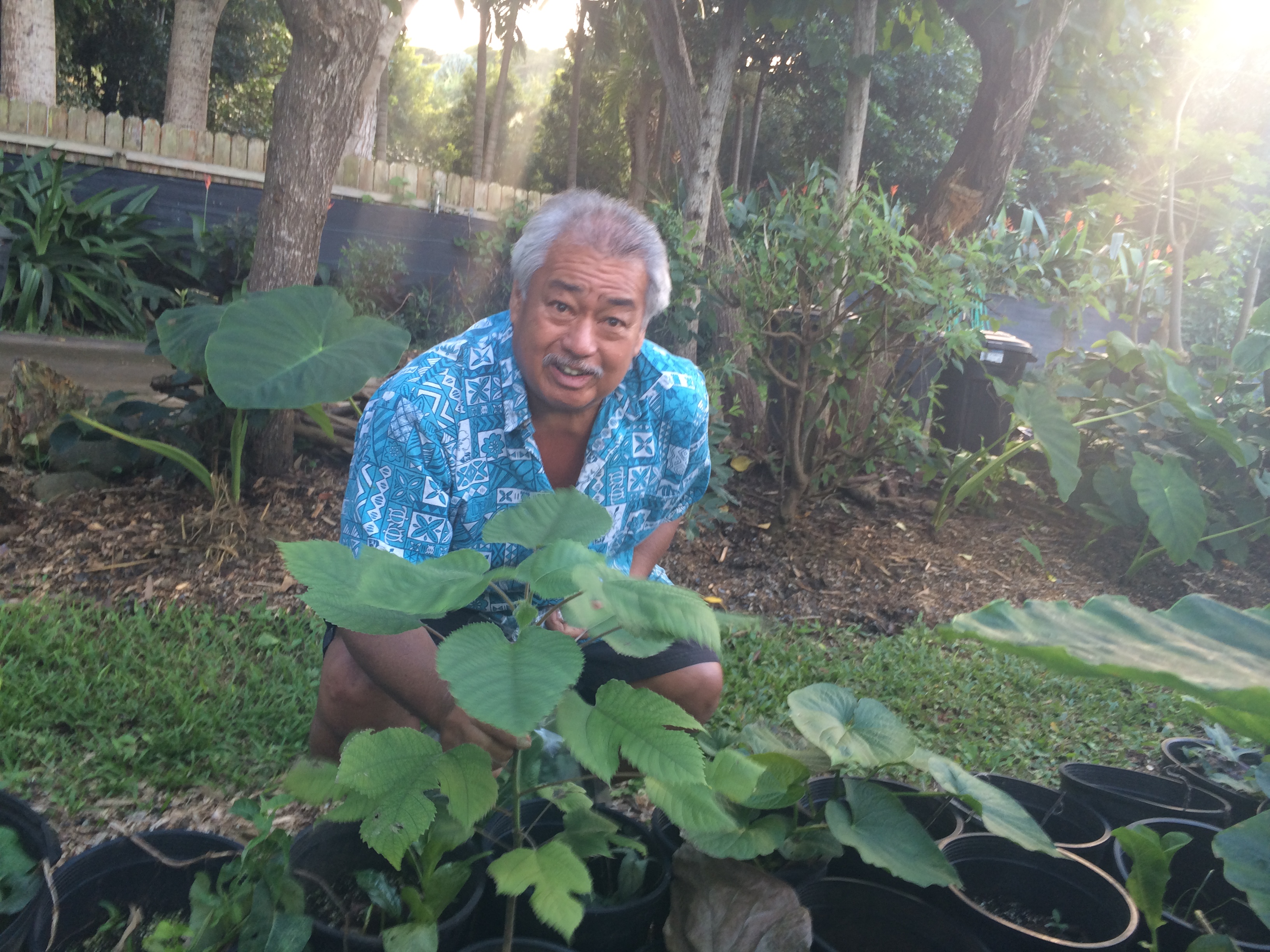 As the My Job book project takes me around the U.S. and the world, meeting people from all industries and all walks of life, I often end up in the middle of debates about this question: “What is a job?”

Is a job just what we do to earn a paycheck? Does volunteer work count if that’s our true passion? What about child labor and human trafficking . . . Does forced labor count as a job or just cruel abuse? What about those of us who work several jobs simultaneously; in which profession do we belong?

I met George through my beautiful friend Leolani, a professional dancer and teacher who founded The Hula School in Santa Cruz, California to preserve and promote Hawaiian cultural traditions through hula dance. She connected me to George, whom I visited on a recent trip to Maui.

George is a quiet soul and a humble man who gladly gives up an entire Sunday afternoon to “talk story” with me. He’s so approachable that he seems at first not to be the same man as the one with so many accomplishments, including four Grammy awards, a book, and a PBS miniseries in the works. As I listen intently to his farm-speak, slowly I realize why George feels so familiar to me: He’s a kindred spirit to my own father, Hugh, who grew up on a tobacco-and-cotton farm in Elizabethtown, Kentucky. 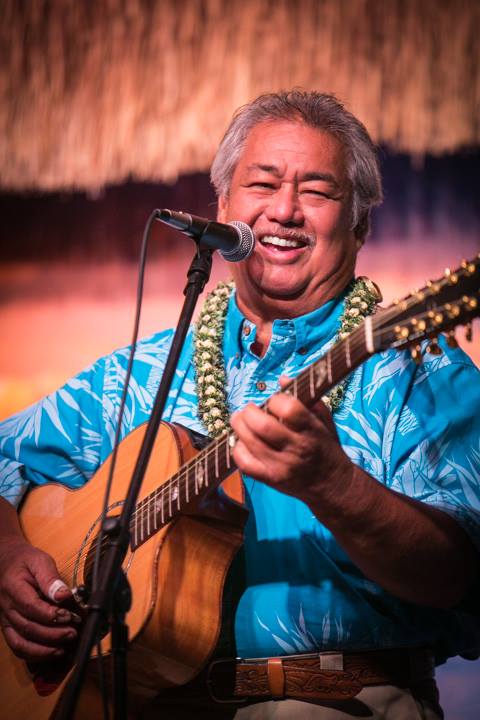 George’s family tree extends back many generations on Hawaiian soil. He learned old-time farming from his great-grandparents on Kona. “Now we call it ‘indigenous’ farming—back then, we just called it common sense,” he says.

And he pays it forward to the next generations. “I have like 35 grandkids and 17 great-grandkids right now. Most of them run away from me, because I make them work!” George laughs, “I make them all work,” weeding the garden, shearing sheep, and getting their hands dirty on the three-acre organic farm he owns with his wife Nancy.

George wakes at 4:00 a.m. and works 100 hours a week just on farm chores (see a typical weekend to-do list here) and then on top of that, he manages his musical career, performing several gigs a week on Maui and the mainland and mentoring a wide circle of peers and young musicians who all call him “Uncle George.” 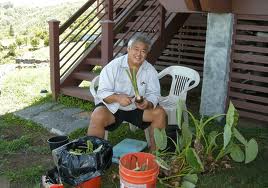 George Kahumoku in his element.

I ask George, with all his different jobs, in which role does he view himself? “I’m a farmer,” he says. “My music is just what I do to support my farming habit.” He chuckles. “Right now my wife and I are like twenty grand in the hole just because of the pigs” that he raises to roast at luau celebrations with family and friends of such milestones as one-year baby birthdays and weddings.

“My creed is sustainability,” George tells me as he walks me around the farm (me in my oh-so-practical heels) among goats and chickens, mango and lauhala trees. He admits to a weakness for Burger King whoppers and Cracker Barrel pork chops with applesauce, but when home, George eats 100 percent organic, right off his own land.

“When I look back at everything that I’ve done, I think my whole life I’ve just tried to be sustainable in whatever environment I’m in,” he muses. As George cultivates homegrown food for himself and his wife and their ever-growing ohana (family), he may continue to travel the world performing for huge crowds of fans… But in the My Job book, he goes in the chapter on “farmers.” Why? Because he says so.

Click here for videos of George on the farm: Part 1 and Part 2; and George talking story and performing his music here.

Here he is singing in Hawaiian and translating, at the very place where I saw him perform.