Beating the Odds: Overcoming Gangs and Jail in Chicago 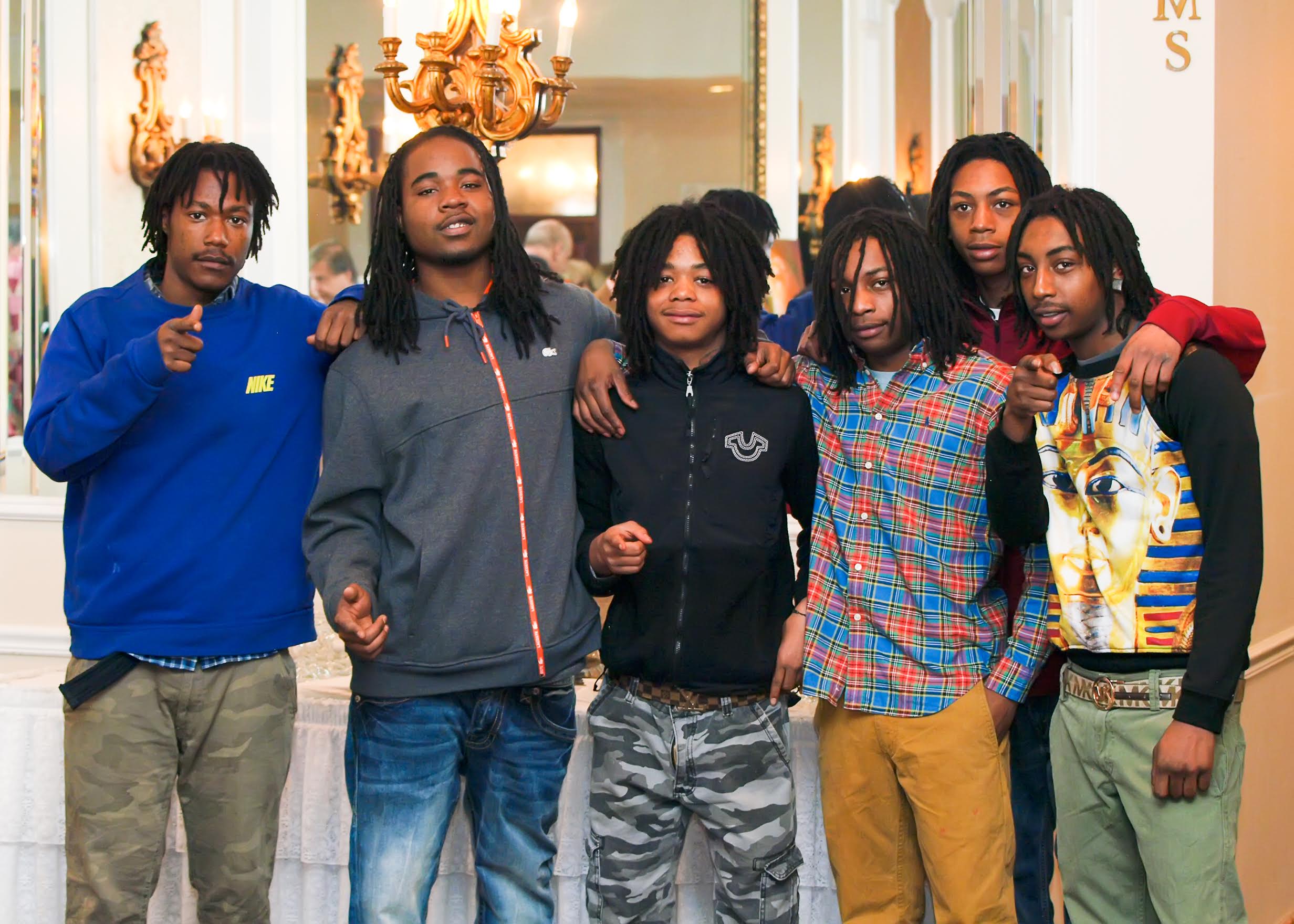 Editor’s note: One enormous privilege that the MY JOB book-project brings: I get to see real life. Tourists might come to Chicago to view the city’s stately architecture from a river cruise, stroll the streets of downtown, or gaze across vast Lake Michigan. Me, I got off the plane at O’Hare and got right onto the Blue Line to the South Side, and stayed with the PBMR peace program for the duration of my time here. I interviewed staff and youth, observed an art class, joined a restorative justice “peace circle,” shared tacos with two nuns, and spent an evening in jail with kids for whom trauma is just a part of everyday life. My book-interview visits are admittedly brief but also intense and inspiring . . . and so I wish to share just a glimpse of them with you here on the “Job Talk” blog. 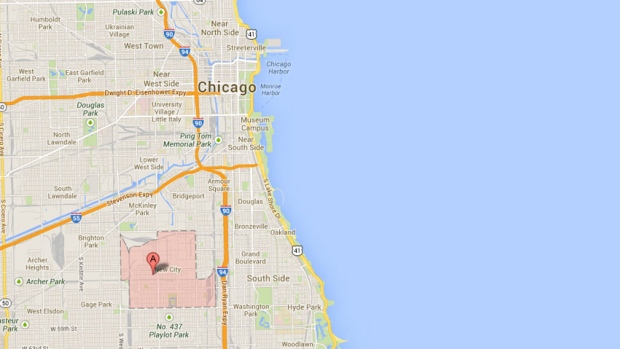 Chicago’s “Back of the Yards” neighborhood (Photo via Google).

Chicago, IL: I’m visiting a restorative justice program for America’s forgotten youth—some of the poorest kids I’ve met in any country—on Chicago’s South Side. Even though the Obamas have lived here and just announced they plan to build their presidential library here, poverty rates in Cook County soar to sixty percent according to the U.S. Census, and far higher according to residents.

“I would say that probably 99% of the families I know are single-mother families on public assistance,” says Soldier Miller*, an 18-year-old whose mother was recently arrested for drug dealing.

Soldier has done a little jail time (for battery, in a fight with his ex-girlfriend), but today he is clean and sober, completing high school and job-hunting. I’ve come to Chicago to spend a couple of days speaking with Soldier and other young men who come to PBMR (“The Center”) literally to escape both jail and the streets.

Being Shot for Walking on the Wrong Block

Right outside the front door of The Center, the kids say they can be shot just for being born on the wrong block. Three people close to Soldier have been murdered by gunfire in the past three months, including Pearl, Soldier’s older cousin who served as a father figure to him. Pearl had stopped into a small market around the corner (which we can see from our window as we talk today) and, in a case of mistaken identity, was executed in the parking lot in front of his 12-year-old daughter. As sirens blared and squad cars screeched onto the site, Soldier ran over just in time to see the body. “There was like 20 holes in him and blood coming out, everywhere,” he tells me. “That really hit me hard.”

Waging Peace in a War Zone

A soft-spoken young man who aspires to trade school and construction work, Soldier comes into The Center for food, tutoring, and friendship. Here, young people have a chance to leave behind their weapons and gangs. In five years, coming here almost every day, Soldier says he has only ever witnessed one fight, which cofounder Father Denny Kinderman and teaching artist Alberto Alvarez pulled apart.

Photo courtesy of the PBMR Center

The sparring members were sent home for the day and then called back the following day, to air their grievances in a “peace circle,” the cornerstone tool of restorative justice at The Center.

Based on a Native American tradition of passing a talking stick until everyone is heard, and talking and listening until all parties reach agreement, peace circles aim for:

How a Peace Center Can Become a Home

“The Center is really like a home to me,” several members tell me. The Center currently serves about 100 young people, almost all black and male. Members can get computer training, take a photography class, lift weights in the workout room, or shoot pool with staff and friends who become “like brothers” during the rocky years of adolescence. On top of trying to navigate hormones, drugs, identity, sexuality, and rebellion, these teens have experienced deep trauma in their early years. Fathers have left or died. Friends have been gunned down. 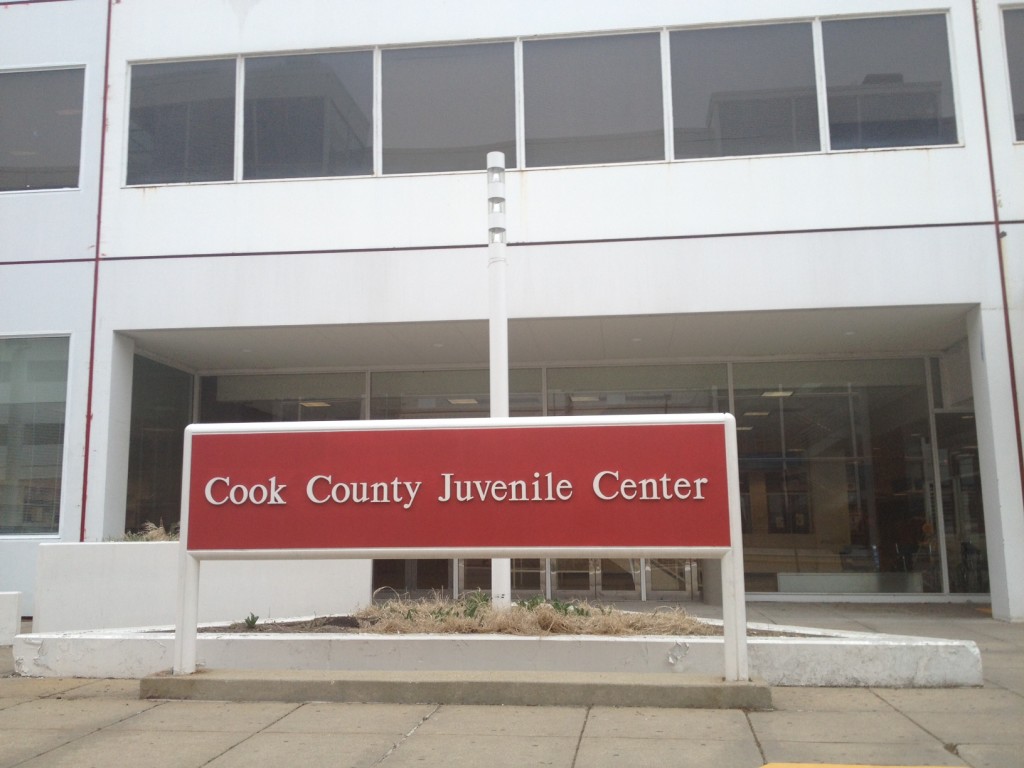 My Night in Juvie

And I, too, this week, find myself in jail: I have the opportunity to visit the Cook County Juvenile Detention Center or “juvie,” where children up to age 17 are locked up. The Center’s youth report regularly being stopped for being black, roughed up and called the “n” word and wind up too easily behind bars.

Unlike The Center’s youth, however, I have the option to leave. The contrast, for me as a volunteer white woman, the privilege I have based on skin color is visceral.

My colleagues at The Center lead group visits every week to several city prisons. I go through two security checkpoints with careful wand-scans, get a temporary badge, and leave behind everything, even my lip balm. Our group of fourteen visitors includes Father Denny and Sister Donna Liette from The Center, as well as folks from Northwestern’s Newman Center and the University of Chicago’s Catholic ministry program.

We begin in a circle, doing check-ins and plotting out our schedule to visit youth who’ve requested to meet with the Center’s representatives. With a prayer that we’ll listen well and provide whatever support these kids need, we spread out and cover as many cells as possible in the two hours we’re allowed inside.

Even Jail Can Feel Like a Sort of Home

Turns out, juvie is another place that, for some Chicago teens, feels like home. Of the four boys and four girls I talk with, all but one have been in here before: three times, four, “maybe 17 times,” guesses 17-year-old Manuel. Almost all of these children also have children already, ranging from one month to four years old. From what they tell me, it seems like the  outside can be so chaotic that the structure and infrastructure of jail just may provide a kind of break.

“Kids keep coming back here because, you know, it’s like, nice here,” one girl remarks. “It’s better than home. You get three meals a day, which many of them don’t, and it’s good food. You get money for the commissary, and free phone calls.”

And for some, they say it’s better than being homeless . . . or on the streets where angry gangs await their chance for payback, for altercations committed against their own.

What Young Inmates Say They Want

Traquan asks for prayers that he’ll be released on his upcoming court date and never have to return to jail. His 18th birthday looms, and if he gets into trouble again he will face far harsher conditions than the linoleum floors and single cells of juvie.

Traquan wants a different life, but he has no role models, no computer, no classes, to show him how to envision anything else. He has never been outside the few blocks where his gang abides; to protect his life, he must be a gang member, although he can try to refrain from being a “gang banger” or criminal.

Mariah has a nursing textbook out and says she’s going to be both a private-practice nurse and a bestselling author. “I’m writing a novel right now, called ‘My Secret Life’,” she speaks rapidly and loudly. “It’s about all the bad stuff I did when I was a kid that I hid from my mom.” Mariah is only 15, and she has a one-year-old at home and a long way to go to complete high school.

What the Kids Cling To in Times of Trauma

Every kid I speak with, both inside and out, cites three sources of strength: God (most are Christian), their mothers (whose lives may be unstable but who provide unwavering support for them), and The Center. Those with lesser crimes can be assigned to hours at The Center with parole in place of prison. Sometimes, a young person will emerge from jail and then find their way to The Center, reaching for new resources to alter their outcomes.

The Center: Calm Amid Ongoing Storms

Either way, the staff and volunteers from The Center will quietly continue to offer bus tickets and art classes, safe car rides and consistent court advocacy, basketball games and organic gardening, resume writing and interviewing skills, school placement and family support, to anyone who asks. “The kids who cause trouble in my class?” quips art teacher Alberto, “They need art more than anyone. I’ll ask them back until they find that creativity within.”

When we emerge from juvie into the mild spring night, I look up at the stars I’m able to see from where I stand, both figuratively and literally. I feel a wave of both gratitude and guilt for being able to walk freely on the streets of Chicago, while so many young people born into poverty and violence they never chose, can only see at night either the stifling walls of a jail cell or the sinister approach on the street of opposing gang members or police cruisers.

Every kid I’ve talk to in jail and at the Center, though they remain optimistic and “in love with life on this Earth,” as Traquan puts it, says they cannot envision a future without violence and poverty. Fortunately for them, a small group of fierce believers from The Center, do.

Stay tuned for the stories from teaching artist Alberto and student artist Soldier in our forthcoming book . . .

*Soldier’s name has been changed to protect him. He chose his own alias.

← Imodium in Cambodia Learning to Lead from the Inside-Out: Program Trains Via Head, Heart, and Hands →