African Warrior: To Get His Job, He Had to Kill a Lion 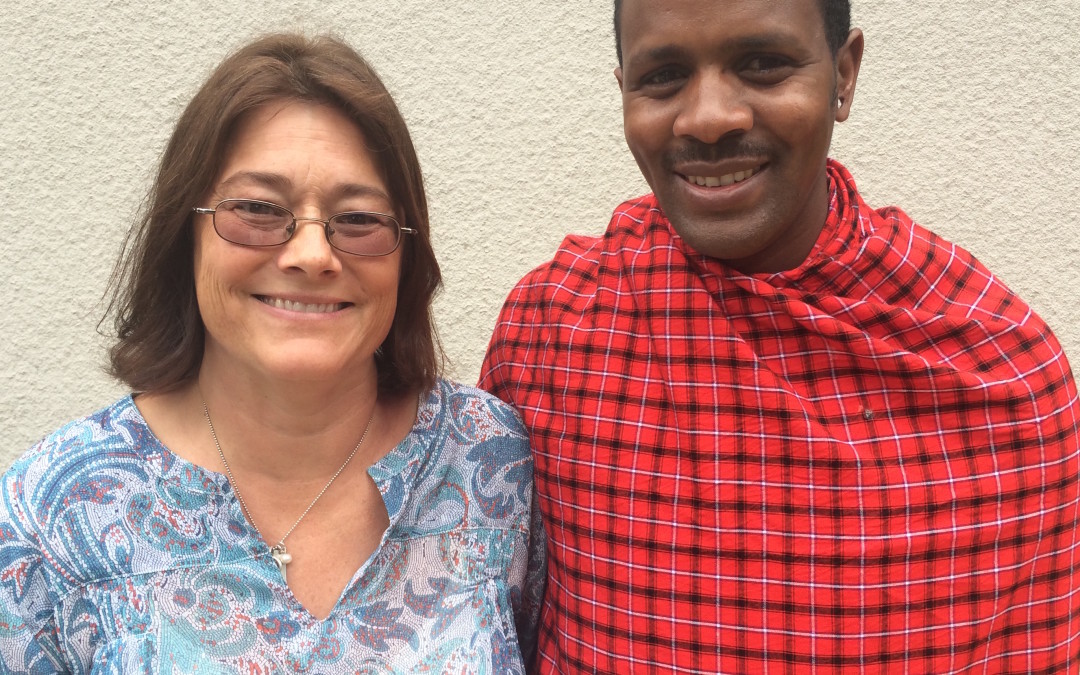 Editor’s Note: This edition of Job Talk touches upon a controversial topic: lion-hunting. In July, the tragic poaching death of Cecil the Lion made trophy hunting the topic of spirited international debate. While it is not the intent of My Job to influence that debate, we cannot ignore that some will see a relationship between Wantay’s story below and the story of Walter Palmer, Cecil’s American killer. In light of that, we wish to present you with the facts, in each case, through these references on the traditional Maasai lion-hunt and the poaching of Cecil the Lion at Hwange National Park.

Karatu, Tanzania: Wantay Irmakesen is a Maasai African warrior. He’s also one of the few people on Earth today who has killed a lion, legally, with nothing but a spear, a shield, and a few other skinny teenage boys to help him get the job done.

“The lion is as smart as men, and can maneuver through the bushes faster than a human being,“ says the Maasai Association. The lion Wantay killed weighed over 400 pounds—more than four times as much as he did.

“Well, I didn’t throw the first spear,” Wantay protests, as though he wants to convince me that he’s not all that fierce. “I threw the second spear,” he laughs. “We celebrated for two months in my village. People still talk about it, so many years later. They point at me and say, ‘That’s the man who killed a lion.’”

His American-born wife, Tina, who lives with him and their 5-year-old daughter in Karatu, Tanzania, chimes in, “It’s kind of like getting your Ph.D. in Warrior.”

We’re sitting in the least likely place—the 17th floor of an office building in downtown San José, California, at the Silicon Valley Capital Club, where Wantay and Tina have met me for the interview for Wantay’s “African Warrior” chapter in the My Job book.*

Wantay, who grew up in a mud hut and began training as a warrior at age five, now fluent in three languages—Maasai, Swahili, and English—has traveled all over the world and moves fluidly through American culture when he visits the U.S. However, today he has dressed in the traditional shuka, a red (to match the red soil) plaid cloth draped around him like, well, sort of like a Greek toga. I warned the guys at the front desk to “be cool” when my friend arrived, because it’s not every day a man walks in wearing a shuka. In Tanzania, Wantay would also be carrying a large, intimidating wooden club—for killing hunted animals or enemy humans—but today, he’s left his club in the car.

The Trials of Manhood

As we talk for the next few hours, Wantay reveals that he began his pre-training at age five. It took ten years to prepare. He learned to build fences around the boma or circle of mud huts occupied by all of his father’s wives and children. He herded the clan’s sheep, goats, and cows, dodging hyenas and wolves—and his father’s hand if he lost any of their precious herd. Puberty brought three tests of his manhood: decorative cutting of both earlobes, burning of his right thigh, and circumcision—all performed without anesthetic and without the slightest twitch.

“You had to look straight ahead and not cry; not make a sound; not react in the slightest,” Wantay recalls. He passed the tough-guy tests, and then matriculated to the lion project, a shared hunt with his age-group cohort of about five males. He was a full warrior by age fifteen.

The prize for succeeding? Not only did he get a whip made of the lion’s tail, Wantay also could now grow a long strand of hair, wear a ceremonial headdress made of many species of birds he hunted himself, and enjoy the company of girlfriends—forbidden until he became a full-fledged warrior.

For some, Wantay’s story will inevitably be reminiscent of this summer’s tragedy in Zimbabwe, in which an American trophy hunter shot and killed Cecil, a much-loved lion inhabiting Hwange National Park. The Maasai relationship to the lion-hunt however, is a sacred one, borne of generations spent revering the animal and understanding its role in local ecology. Despite that, would-be warriors of the the Maasai no longer travel the path that Wantay once did: even for the Maasai tribe, to whom the Tanzanian government used to grant clemency for ceremonial killings, the hunting and killing of lions has now been outlawed. These days, warriors don’t kill lions; instead, they compete in athletic events such as sprinting, jumping, and club throwing. This video from the London’s Daily Mail shows a few examples from Wantay’s homeland in Tanzania.

A Warrior and a Leader

What’s different about Wantay isn’t necessarily the fact of him being an African warrior: It’s what else he’s done since then. The only member of his clan of thirty to complete secondary school, Wantay began working at a nearby safari hotel and worked his way up to construction and design. He brought the Maasai art form of beading into the hotel. He learned Swahili to talk with the African guests, and English to talk to the muzungus—white foreigners. Wantay, now in his late thirties, married only one woman and has one daughter; but he takes care of the entire clan back in the village.

Convinced that education opens doors to a life of choice, Wantay has supported his tribe in school for two decades and now runs a nonprofit called AID Tanzania, which provides jobs for nearly one hundred Maasai women and residential schooling for about twenty young women. He considers himself a women’s rights activist and the “Papa” of all the girls in his home and adjacent dormitory.

If you think you know all about Wantay, just wait for his chapter in My Job.

For more details on the tradition of lion killing, see this blog post by the Maasai Association.

*To get to know our narrators and their work, I’m getting on more planes, trains, busses, and rental cars than I can keep track of, to get a realistic picture. However, I’ve known the Irmakesens for several years and have visited them in Tanzania. Since they were coming to the Bay Area anyway, they kindly saved me the 9,720-mile flight this time.

(Visited 206 times, 1 visits today)
← What’s a Job to Millennials? Her Job is to Bring Us Closer to Death →