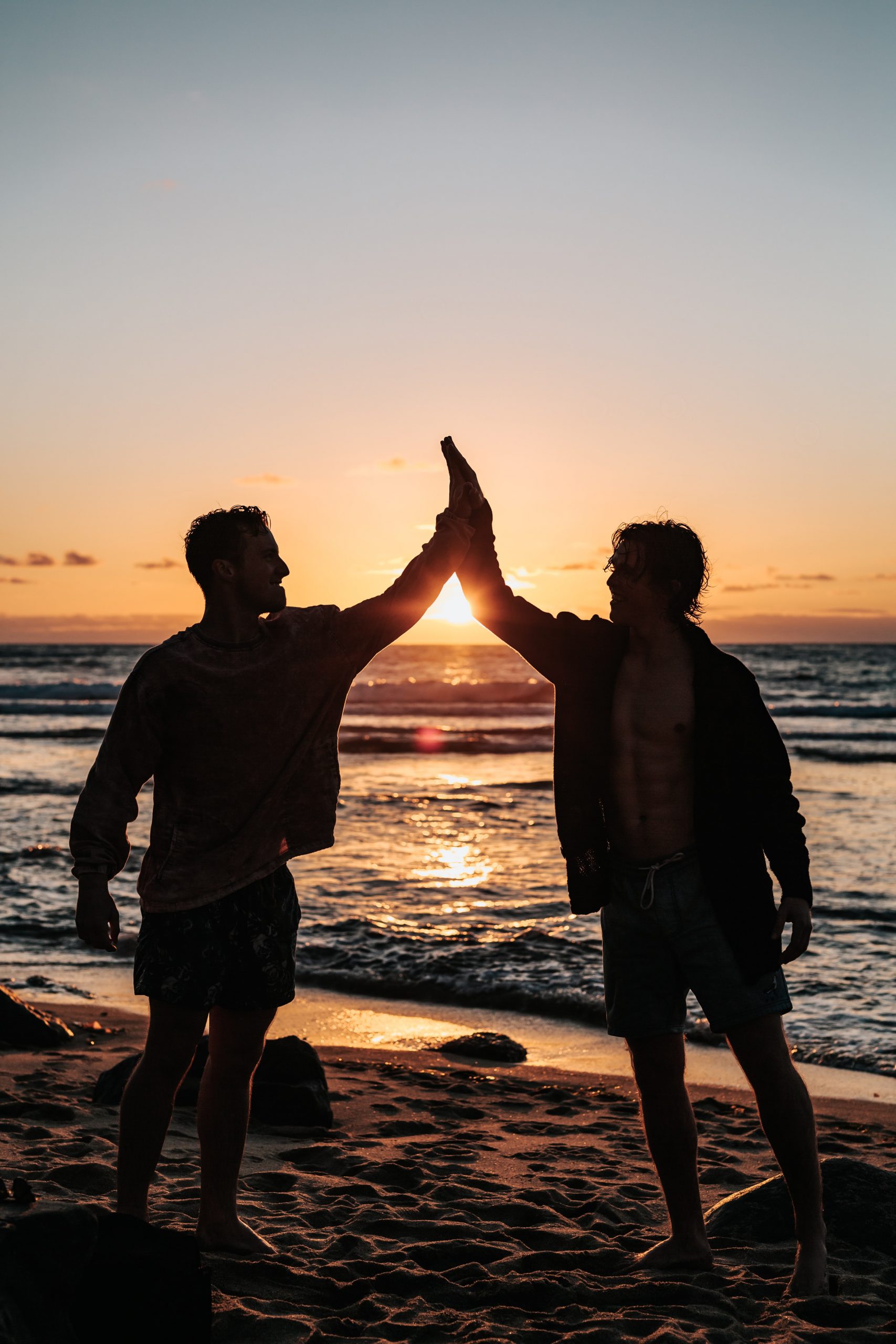 Working from home (WFH) surged during the COVID-19 pandemic, and it will only increase moving forward: 74 percent of companies plan to continue the trend, according to The Atlantic. However, remote workers often experience virtuality as “a barrier” to forming friendships with their colleagues (according to Harvard Business Review). Meet my brother Ron in Jeffersonville, Kentucky, and his BF Pablo in Córdoba, Argentina, who’ve mastered the art of online work friendship.

Excerpted from Book 1, Chapter 11 (narrated by Pablo) of my series MY JOB: Real People at Work Around the World.)

Suzanne: Pablo Mira and my brother Ron live about 5,000 miles apart. They both have wives and children, but they have something of a bromance going on. They work in finance for Conduit (formerly Xerox), a behemoth global IT services company. They have never met in person, but on video and conference calls, they say, they hear each other’s voices more often than their next-door neighbors.

These two have been through a lot more than skewed spreadsheets and busted budgets. They’ve been compatriots in a conglomerate-merger mess, nosediving earnings, rotten employee ratings, and then a company split-up that stripped them of a steady paycheck and hurled them into the career abyss.

Meanwhile, they bond virtually over their shared love of faith, family, and motorcycles. (They even drive the same model, a Honda Shadow.) They both dream of professional freedom in the future, if they could just transcend the bills of today.

My brother Ron has always been a talker. He’s famous within our family for spinning very long tales. And when I meet Pablo (also onscreen) to interview him for his chapter, he seems quite chatty, too. Ron joins us and the two men ramble off-script, giggling and shouting when Pablo’s responses reveal how much more they have in common than they knew before this chat.

They deviate into a sort of lovefest for each other. I suspect the secret to their bromance lies in a combination of mutual respect and a penchant for rambling …

Here’s what Pablo has to say about it.

Based on the wide geography my position covers, I interact with several individuals every day. You are connected all the time, you know, [But] out of my last seven managers, I’ve only met three face-to-face. Communicating with people based in a different country, by email, phone, or instant messaging. That’s pretty impersonal.

My calendar is full of plenty of meetings. Most of the day, I spend time on the phone on conference calls.

With coworkers spread across the globe, I haven’t found it easy to make friends at work.

Chitchatting as a Bridge Across Cultures

When I first start working with a person from a different country, my first thought is I have to learn about that person’s reality before interacting with them. For example, a Colombian person interacting with an Argentinian will encounter differences. Their way of asking for things is different.

So, I start getting to know people by chitchatting: talking about life, the weather, sports. And then we can go straight to work, but with a different atmosphere.

The Virtual World Vs. the Real World

In terms of being a global citizen, for business, we live in a virtual world. All our connections are over the Internet. You don’t need to travel to meet people and see new places.

But you know, I’m kind of old-fashioned regarding my personal life. I like to BE physically in the place. But in the global world, the “ideal” life that we see online is shortsighted … We see a new car launched in the U.S. and we want it; we see an island in Asia and we want to be there. It’s all about money. That’s very sad.

From a working standpoint, yeah, I can work for any company in the world. But for my personal life, I want to see places and landscapes with my own eyes. My dream is to spend more time with my family, help others in need, and play sports every day. And none of that is virtual.

Suzanne: My brother’s other good buddy Ty lives nearby in rural Kentucky. They met because Ty, a farrier, trims and shoes Ron’s horses’ hooves. Despite Ty being half his age and opposite in philosophies and politics, they talk for hours in the barn. He is, I would proffer, Ron’s best local friend. Ron has often commented, in appreciation, that Ty has opened his mind to different perspectives that he’d never otherwise be willing to hear. It’s their close physical proximity in the horse barn that initiated and cultivates their friendship.

To me, both friendships have deep value. Especially in these last few years, we’ve all yearned for kindred spirits. Ron and Pablo (virtual) created depth by being willing to be vulnerable–far more difficult to pull off without the spontaneity, common culture and geography, and body language of IRL. Ron and Ty (in real life) became friends by being open to listening to one another and valuing each other’s perspectives.

Both have their challenges … However, both emerged from work, and I call that a priceless benefit.

Pablo has a lot more to say about what it is to be an Argentinian, how his father influenced him to go into international finance, how he taught economics and then married his student, and where the rollercoaster realm of IT has taken him since then. See Chapter 11 of MY JOB Book 1.

← Work Depression: Do You Have It?