Defining the Concept of “Work”

Our prehistoric ancestors always worked, from childbirth and childcare to hunting and gathering food, from clearing out a cave to molding a hut from clay bricks. They labored to get what they needed but received no real payment beyond the knowledge that they may live to see another day.

Archaeological evidence (tools, currency, and even beer vouchers for laborers) indicates that our species began to distribute tasks and barter for labor sometime during the prehistoric Paleolithic period, 40,000-10,000BCE.

According to David Gewirtz, a U.C. Berkeley professor, White House advisor, and CNN jobs reporter, the history of jobs on Earth begins 16,500 years ago with jobs in food-processing around present day Israel and Jordan. With this new sort of employment came a shift from working in order to live, to working for a living and, over millennia, jobs gave rise to today’s global economies.

Today, our culture defines a job as work that we do for pay. To many Americans, however, a job means more than a paycheck: it can mean a workplace of likeminded friends, united in a shared set of skills and interests. It was the shared experience of the workplace that birthed the organized labor movement, which translated the economic clout of the American worker into political voice. In that way, a job is empowering.

However, the MY JOB team recognizes that many people today labor without equitable pay and in oppressive conditions—e.g. in the U.S., 64% of women’s work and 16% of elder care is unpaid, and over 30 million people globally go unpaid for their work as a result of modern slavery.

Whenever the American economy dips or crashes, the effects are felt in the job market. Notably, intense job shortages defined economic crises during the 1930s Great Depression and the 2000s Great Recession. Job-creation programs passed to support U.S. workers in these times are subject to continued debate among scholars and policy elites.

In 1933, President Roosevelt’s New Deal put 2.6 million Americans back to work and proved to be a defining moment for a presidency lasting 12 years. The latest recession however, presented a distinct challenge to the Obama administration. In The American Prospect, Journalist Harold Meyerson explores historical trends that show that FDR’s program wouldn’t work in the 21st century. Industry shrinkages in manufacturing and construction, increased government bureaucracy, and global production competition, have shifted the U.S. toward a need, claims Meyerson, for “a jobs bill that invests in home care and child care, boosts tax credits for domestic manufacturing, and hurls money into infrastructure spending.”

Still, channeling the spirit of FDR, President Obama’s 2011 American Jobs Act (AJA) added 8.7 million jobs during his tenure. Given Meyerson’s review, that the $472 billion stimulus package was criticized by economists, was to be expected. Assessments in the weeks before the bill’s November 2011 entrance into law revealed a per-job cost of anywhere from $63,000 to $280,000.  Unsurprisingly, conservatives balked at the price tag, arguing instead for federal investment in small-businesses and start-ups.

For many on the right, this approach was a two-for, providing for an economic recovery led by the private sector while also appearing to be the better deal: Case Western professor Scott A. Shane calculates that funding a small-business- or entrepreneurial-centric recovery in the U.S. costs closer to $31,000 per job. Regardless of on which side of the political divide you position yourself, the American Jobs Act has proven an effective tool at combatting unemployment; last week, the Department of Labor reported that unemployment is down from its 2009 peak at over 10% to under 5% today, a level considered healthy for the U.S. economy.

Yet, many remain unsatisfied with the progress made in creating jobs. For proof, one need only attend a ‘Make America Great Again’ rally, though to be fair, you’re likely to read the same argument in the pages of Forbes or The Wall Street Journal. Often, the gripe with job-creation statistics stems from the semantics of Labor Department data, or disagreements regarding what exactly the definition of ‘unemployed’ is. For us, the most compelling argument surrounds the changing landscape of the modern workforce. 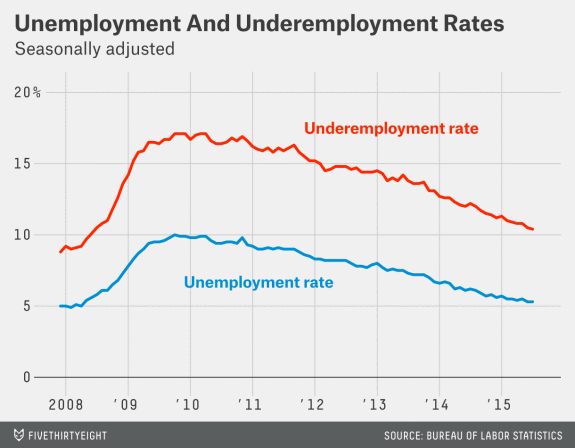 As we’ve discussed before, more and more workers are working multiple part-time jobs in lieu of stable long-term employment in order to satisfy the cost of living. This segment of workers is best captured by the data on underemployment, which as recently as July 2015 stood at over 10%. Confronted with these numbers, we can’t help but ponder the ‘healthiness’ of 5% unemployment, when many young people still struggle to find dignity in stable work.

What’s next for the future of jobs? The Wall Street Journal predicts a continuation in trends we see now in globalization of both production and markets, reduction in number of hours worked per employee, and an “on-demand economy” fragmentation of job security and longevity—i.e., more freelance work by people who cobble several gigs together and move around from company to company.

A Modern Global Reality: What Workers Tell Us

Suzanne’s travels as a writer on poverty have taken her to the fields of Uganda, where Mary’s neighbors feel lucky to earn a few shillings helping to harvest her banana crops, and the streets of Haiti, where a virtual shopping mall exists right outside your car window with hawkers selling everything from deep-fried snacks to cellphone credits. Most people on this planet don’t have the luxury of college and career options; they’re just toiling to feed their families. Globally, up to 75% of non-agricultural workers subsist on jobs in the informal sector—without job security, a steady paycheck, overtime, or benefits. 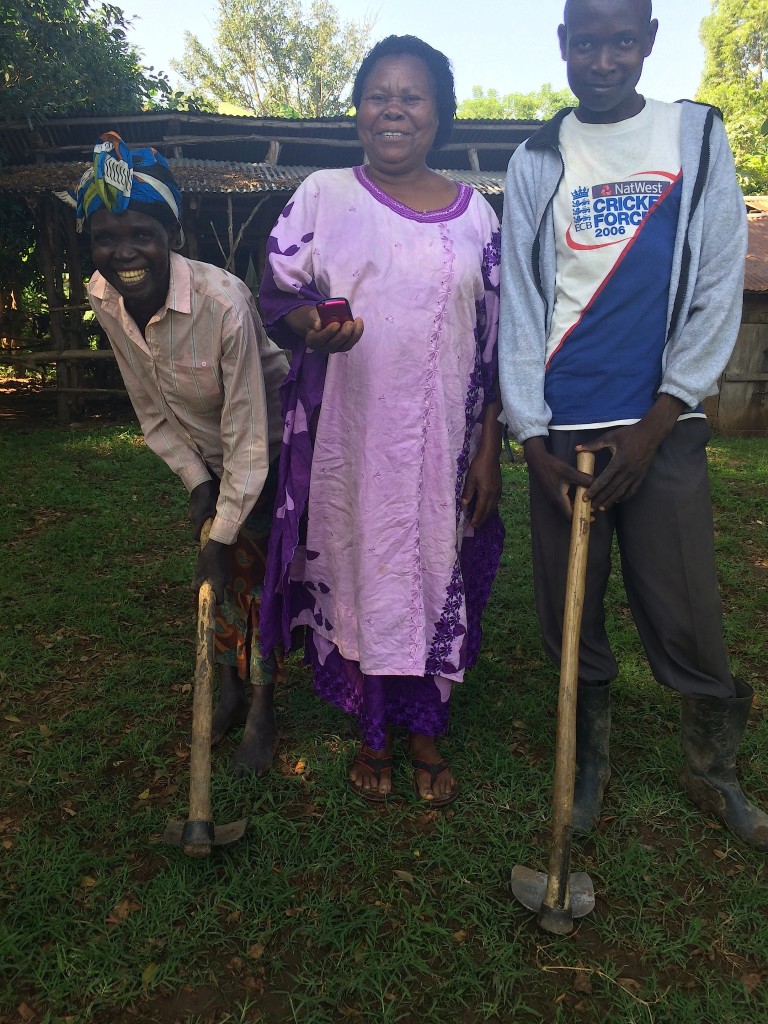 Mary (center), a banana farmer and beneficiary of Grameen Bank’s work in Uganda.

People interviewed for the MY JOB book also have shown us that a job can range from what we do to earn a paycheck and survive, to how we donate our time as volunteers. Both categories of work fuel our self-worth on a micro level and our GDP on a macro level. And with both, there’s a ton of room for improvement in the system.

The way we define and relate to jobs, is complicated. As economic and social factors continue to shape our experience, MY JOB—both this blog and the forthcoming book—will reflect real, unique, diverse experiences of work.

← The Power of Work: Why We Fund Jobs Do the Candidates Care About American Jobs? →