A Roof Overhead is a Fighting Chance in Nicaragua

Managua, Nicaragua: The second-poorest country in the Western Hemisphere, sits precisely in the center of Central America, with the Pacific Ocean to the west and the Caribbean Sea to the east. Ruled as a Spanish colony for three centuries, Nicaragua underwent a century of despotism and tyranny before its revolution in 1979, when Sandinista rebels fought for independence. Since then, war and corruption, trade embargos and political crises, have plagued the nation and exacted a heavy toll on its people.  According to the World Bank, 42.5 percent of Nicaraguans live in poverty and 46.5 percent are underemployed.

The situation in Nicaragua is a perfect example of the dynamism of poverty. While poverty is often perceived strictly in terms of income, the most abject forms of poverty manifest where opportunity is as scarce as money. That is to say, not only is the average Nicaraguan family under-resourced, they also lack avenues to better their situation.

Housing often provides the crucial first step towards the stability necessary for a family to climb the social order. Habitat for Humanity estimates that in Nicaragua, where 50% of the need for new home construction and housing improvements is not met, is one of the largest housing deficits in Latin America.

This is a problem that hits home in the United States as well, where a 2015 report from the Urban Institute found that every single county in the country is failing to provide affordable homes for low-income families. In fact, the report shows a decline in the options for low-income families struggling to afford a place to live. In Nicaragua, one organization is meeting the problem head-on, in the hopes of putting a roof over the heads of all Nicaraguans.

Providing the Foundation for Progress 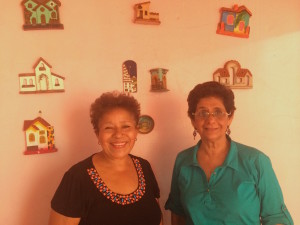 In 1991, two social workers,  Ninette and Cony Morales, realized that much of what was holding back grassroots development in their country was the dire need for functional, affordable housing.  The organization they founded, HABITAR has since helped 4,000 families build new homes and new lives.

The HABITAR model resembles Habitat for Humanity: The family must save five percent upfront and invest half of the sweat equity needed to build the structure. An average family takes out a mortgage of $300-400 and pays 18% interest—which is comparable to a local bank loan (for which they’d never qualify, as they have no collateral or credit history) and much cheaper than the 30-60% that loan sharks on the street charge.

A Cumulative Effort for Change

HABITAR is not alone in its mission to help the working poor of Nicaragua achieve affordable housing. Working Capital for Community Needs (WCCN) is a Wisconsin-based nonprofit committed to aiding impoverished communities throughout Latin America. Suzanne had the benefits of travelling with the organization earlier this year as part of her work with the Skees Foundation. WCCN serves as an important financial partner and collaborator with HABITAR. Additionally, HABITAR is in close consultation with the Nicaraguan government itself.

“This is a cross-sector collaboration with public, private, and social participants,” Ninette tells us. “We provide loans and technical assistance to the families. We help them work with the government, which gives subsidies to the poorest families. We also help them bargain with private companies to be able to purchase higher-quality materials for less money. For example, if several families band together, they can get a bulk deal.”  When neighbors band together, they achieve an economy of scale in building one another’s homes and can aggregate orders for higher-quality materials at a lower rate.

Families gain confidence in each other and themselves as they organize as a community. They build their homes together with efficiency of stages: foundations all at once; then walls, etc. More hands make for lighter work. The group must self-manage and reach agreements about their time management, materials, pricing, and project plan. They work with government officials to procure the titles to their own land and transform themselves from squatters into homeowners. They also establish good credit in the process.

Years ago, twenty-one people lived together in a rundown slum home made of corrugated tin and wood scraps gathered from trash piles. The group included a grandma, five families, and a pig. (The family had to keep the pig indoors to protect against theft.) Just outside the front door, they kept horses and carts for their transportation business. They all worked in the informal sector collecting garbage, recycling, guarding and washing cars, and making and selling tortillas.

With the support of HABITAR/WCCN, that clan of five families now lives in five separate homes—near one another—made of solid cement block. They have no pigs now. Their children are all in school, for the first time. 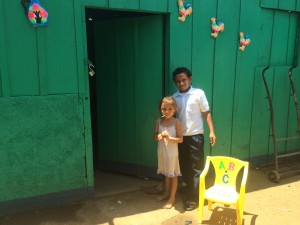 Although HABITAR currently supports 300 families, they manage to get to know each one. Cony spends time in the neighborhoods, walking from door to door with her laptop. She will sit down with each family and figure out a budget for them based on their food, schooling, and other expenses and income from single or dual parents; in order to calculate with them what they can afford to pay each month on their loans.

During the planning stages, Cony also brings an architect who will walk around with the family to study the existing shack or small home and envision together their wishes for construction and their capacity to pay for it.

“We want to empower the poor as citizens,” says cofounder and Executive Director Ninette Morales. “They struggle against discrimination. We believe they have the right to decent housing.”