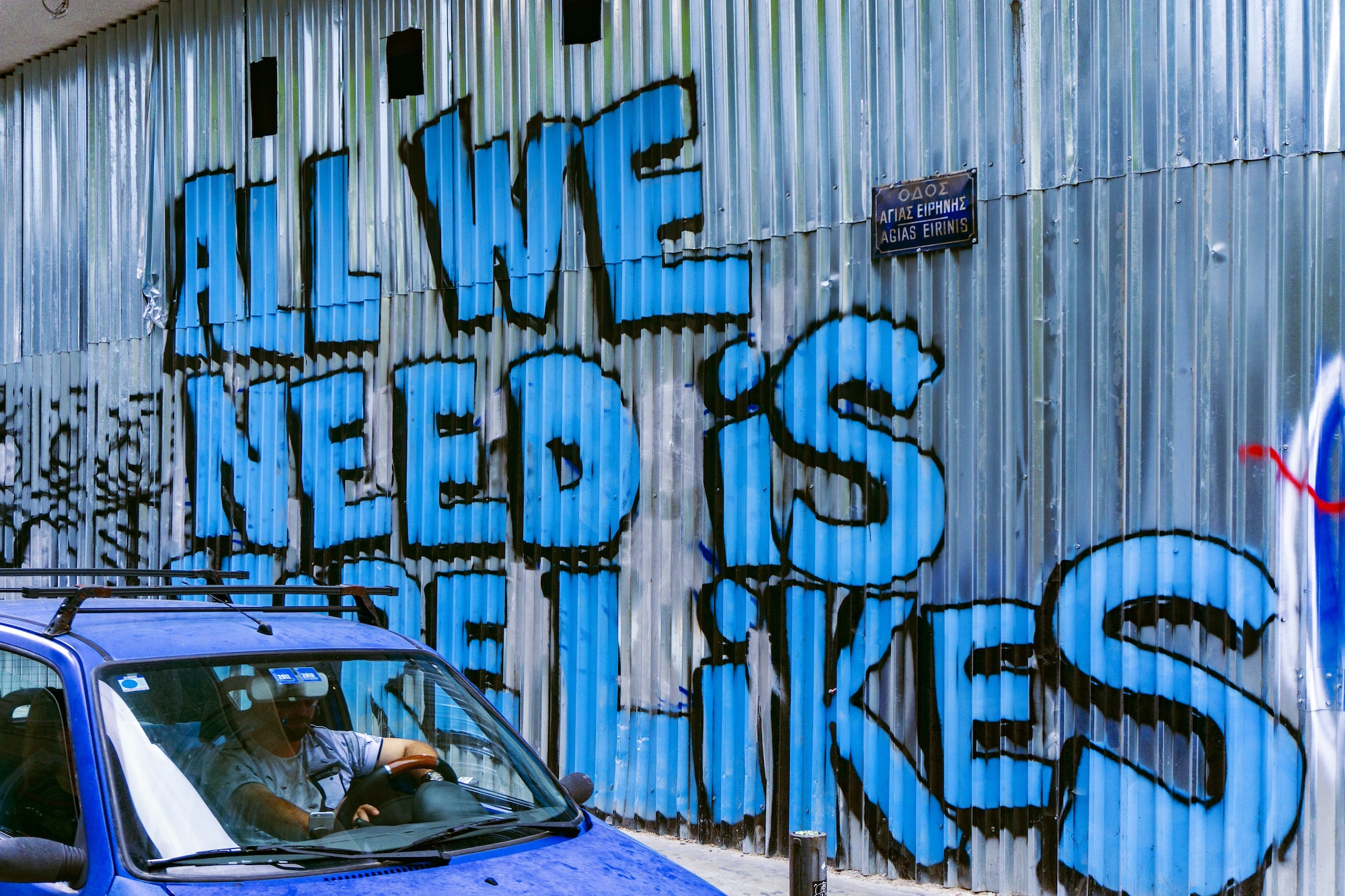 Discover some of Gen Z’s most famous prodigies onscreen via vlogs, videos, toy reviews, musical and poetry performances, and (virtual) standup comedy. Stay tuned for more details in our book on what motivated them, how many followers they’ve accrued, and how much money they’ve banked–many of them even before they’re old enough to vote. 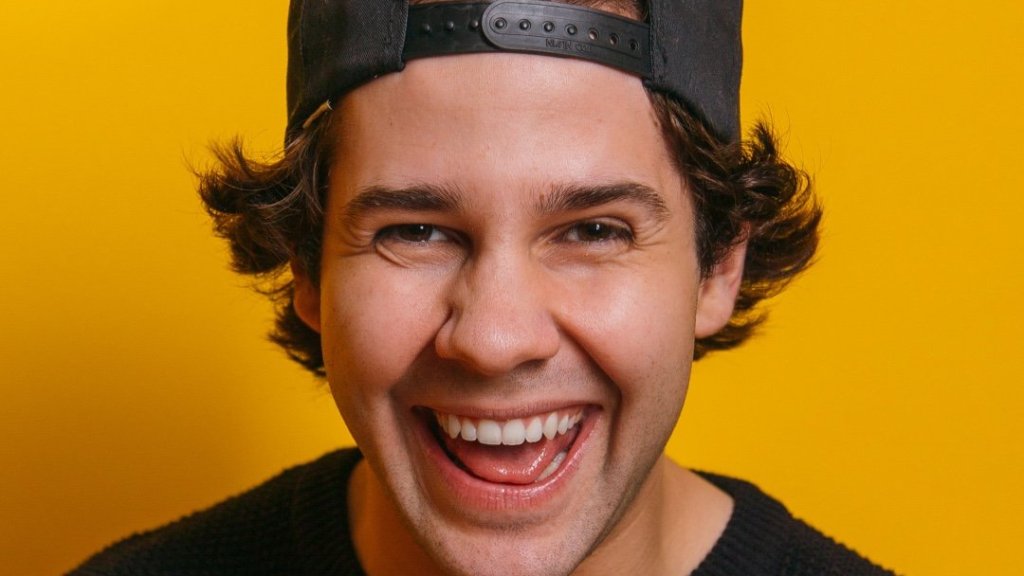 In the early 2000s, MTV produced the series, “Jackass.” Today, we have David Dobrik’s vlogs.

David Dobrik was born in Slovakia but moved to  Vernon Hills, Illinois at a young age, which is where he began producing internet content.  He first became a millionaire on the popular video app Vine, where he had over a million followers. He uploaded short comedy clips with his friends, and sponsors began to pay him for his work.

He then moved to Los Angeles and changed his comedic format over to YouTube, where he writes, directs, films, and edits comedic skits, stunts, and pranks. Occasionally, he will post a feel-good video with shock value, like surprising his friends with a free car. Each four-minute video contains several short, fast-moving, comedic clips. 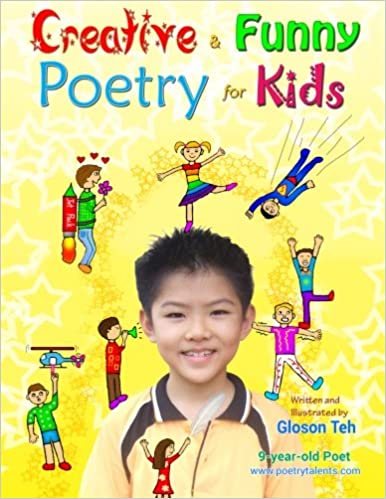 One of the few young entrepreneurs who’s made it outside the world of technology, Gloson Teh is a published poet. At twelve years of age, his comic poetry has been bought, read, and adored by thousands of readers.

As well as traveling around Malaysia reading his poems, Gloson creates videos of him reading and acting out his poems, releasing several DVDs and creating a YouTube channel.

He also develops apps such as Speed Mandarin, which helps people learn Mandarin “in a fun and easy way,” he tells The Guardian. 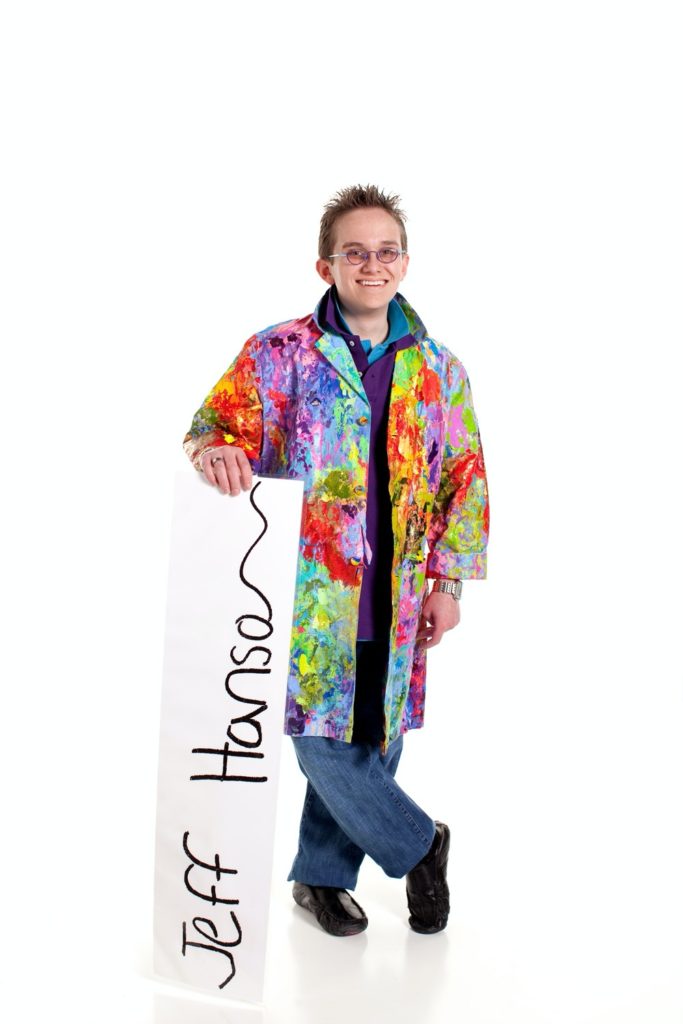 While receiving chemotherapy for a condition affecting his nervous system, twelve-year-old Jeffrey Owen Hanson discovered his talent in art.

Friends and family who came to visit him seemed overcome with sadness, so his mom got the idea to bring notecards for Jason to paint with watercolors for his visitors, to cheer them up. Additionally visually impaired by neurofibromatosis Type 1, he began jokingly referring to his art as “a sight for sore eyes”. 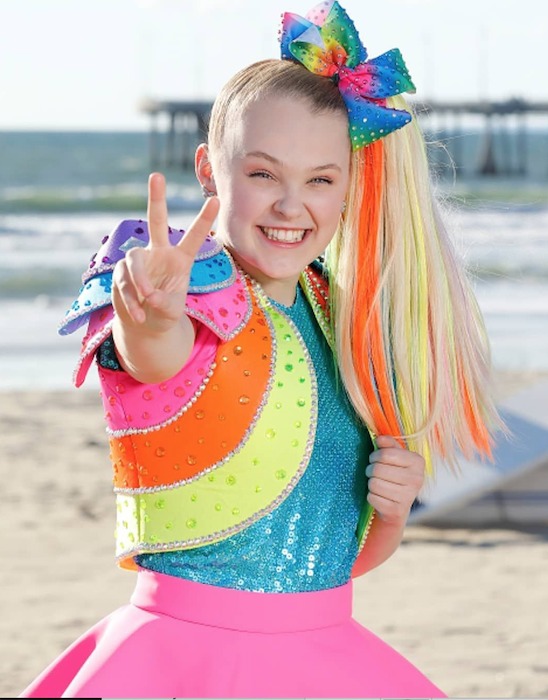 Jojo Siwa was born in a small town in Nebraska and grew up learning how to dance at her mother’s small studio since she was two years old.

Her parents pushed to get her in the spotlight. After appearing on two reality TV shows, Abby’s Ultimate Dance Competition and Dance Moms, at age eleven, Jojo began to establish an independent brand.

She sells hair bows and curates her own YouTube channel, which has ten million followers, as well as running wildly successful TikTok and Instagram profiles. 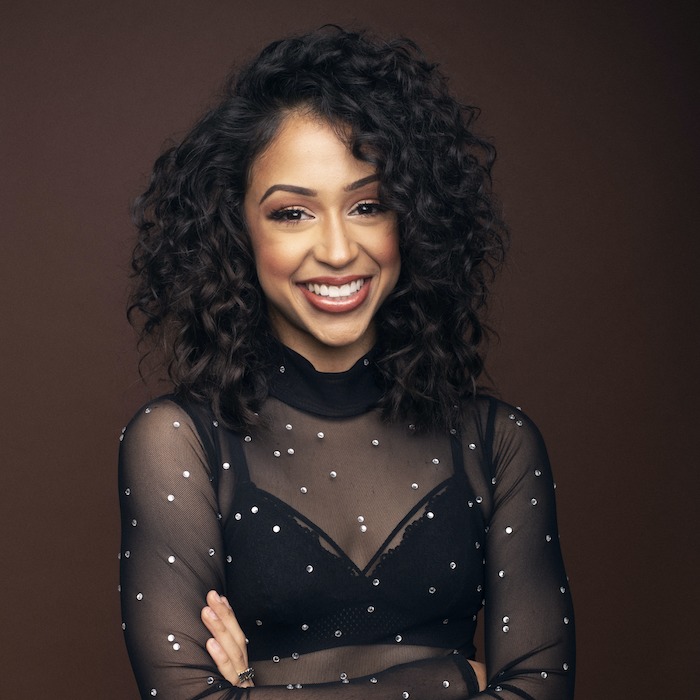 Liza Koshy is a comedian, an expert at making puns with her quick wit, and a pro at creating various characters. She started off on Vine with six-second videos and then moved on to creating her own YouTube channel, posting extended comedy videos, which became even more popular than her Vine. Also well known on TikTok, still known as Musically at the time, Liza catapulted to internet fame by 2016.

Koshy currently has over eighteen million subscribers, and a YouTube Original series called Liza On Demand. 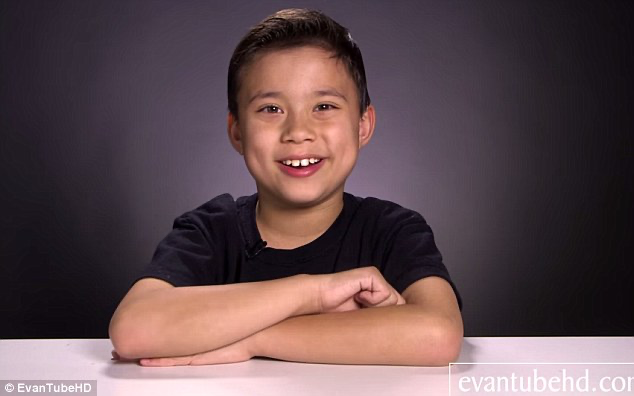 With the assistance of his dad, Evan was just eight years old when he started his own YouTube channel, simply titled EvanTube, which simply reviews toys and discusses things that kids are into.

The channel brings in about $1.3 million annually. 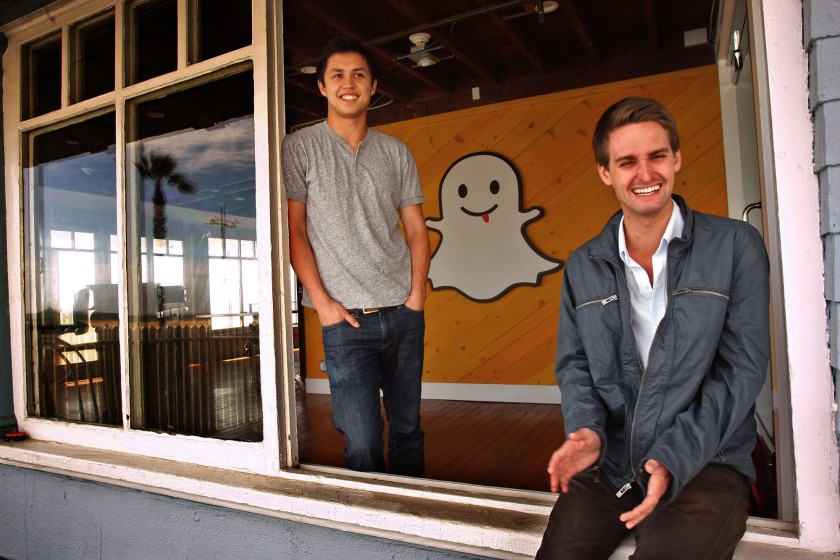 Evan and Bobby met at Stanford University, where they developed an app based on the idea of disappearing photos allowing users to be more free with how they were sharing moments and photos with their friends.

Later, they actually turned down a $3 billion offer from Facebook and launched their own venture, Snapchat. The app now has over 210 million daily users. 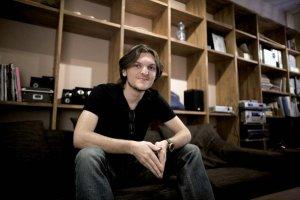 Kristopher Tate is twenty years old and owns one of the most successful websites on the Internet: Zoomr.com, which allows people to upload pictures, edit them, and tag them to each other.

The website is highly social and is praised for its accuracy, speed, and effectiveness in connecting people. Kristopher says, “I’m just some guy with a camera. I try to take at least one photo every day.” 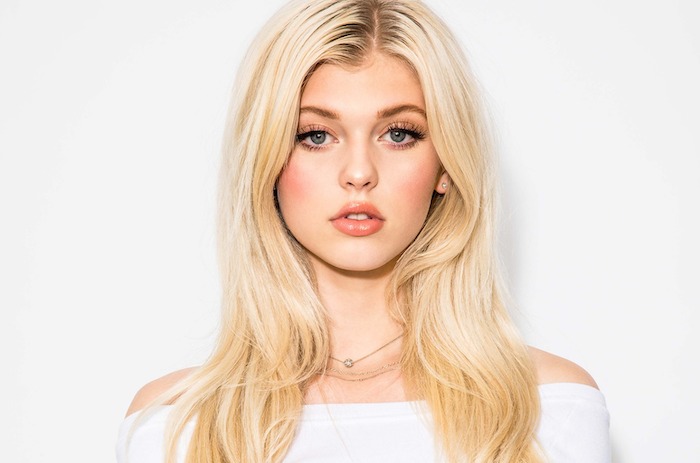 One of the  most-followed celebrities on the TikTok platform, Loren Gray Beech had a large following on musical.ly (the former TikTok) in sixth grade—but that didn’t prevent her from being bullied.

Moving to Los Angeles, she quit school and built up a huge fan base with her singing and blogging and was nominated for “Choice Muser” at the 2016 and 2018 Teen Choice Awards, and “Muser of the Year” at 2017 Shorty Awards. 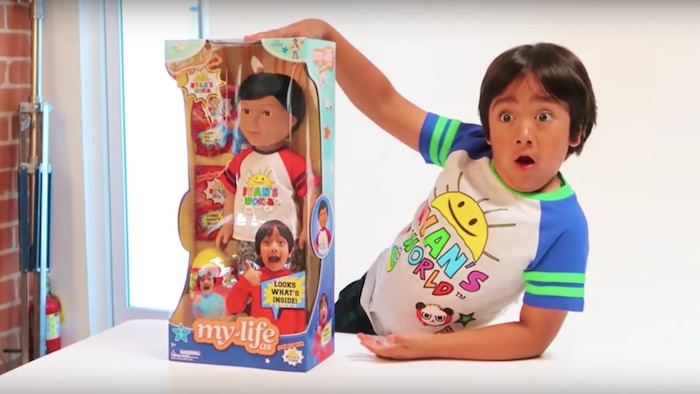 The new generation of small children are glued to their devices, and you may be wondering what they are watching. It turns out that kids are mesmerized with watching toy unboxings and reviews.

Ryan’s parents capitalized on their adorable son’s excitement about opening a new toy and started a YouTube channel called “Ryan Toys Review” when Ryan was just two years old. Today, they have over 21 million subscribers who view their videos released every day.

After the videos are complete, Ryan’s parents donate many of the toys to charity.

His work is not without controversy, however: A complaint filed in 2019 by Truth in Advertising and the Federal Trade Commission claimed that they did not properly disclose sponsored content and that, “Nearly 90 percent of the Ryan ToysReview videos have included at least one paid product recommendation aimed at preschoolers, a group too young to distinguish between a commercial and a review.”