Do the Candidates Care About American Jobs? 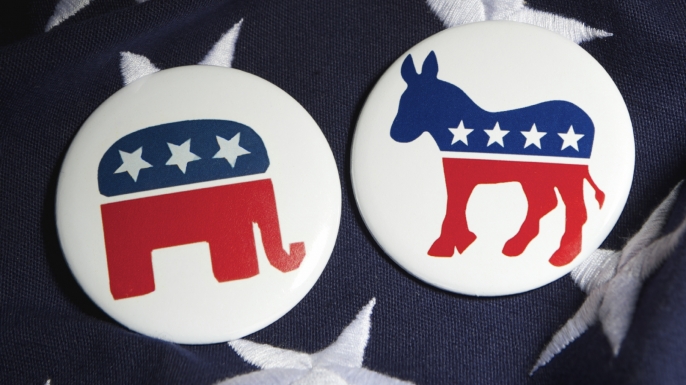 Better Off Than Our Parents?

America is built on the hope that the future of our citizens will be better off than past generations. If you buy this theory, propagated by social theorist Richard Rorty in Philosophy and Social Hope, the main question this election season for voters in the workforce is this: which candidate can restore a lasting sense of hope- that tomorrow will be better than today?

The millennial generation is increasingly uncertain that its future can be brighter than that of our parents. This places sustained economic progress and the availability of jobs (that ensure decent work, fair pay, and make possible healthy work-family balance) at the center of the 2016 election.

The main question this election season for young voters is this: which candidate can restore a lasting sense of hope for our society – that tomorrow will be better than today?

Why Aren’t Candidates Talking about Jobs?

Jobs however, have not been the focus of debate- at least not directly. That could be a result of recent jobs reports which indicate, in layman’s terms, that the Obama administration is killing it. An unemployment rate as low as 5% is something the United States hasn’t sniffed since the early aughts, so it’s tough politics to make an issue of the job market (though that doesn’t mean that candidates haven’t tried).

Still, we have covered before that the economic recovery has been fueled, in part, by a willingness on the part of young Americans to accept multiple part-time jobs and general underemployment, thereby breaking from traditional career-based definitions of employment. Because of this, addressing the concerns of American workers has increasingly become a matter of working around the periphery, improving quality of life through healthcare, social security, and immigration policies. Below, while far from an exhaustive list, are the leading candidates’ positions on the issues that young American workers should pay attention to.

Republicans’ Positions on Employment: All over the Map 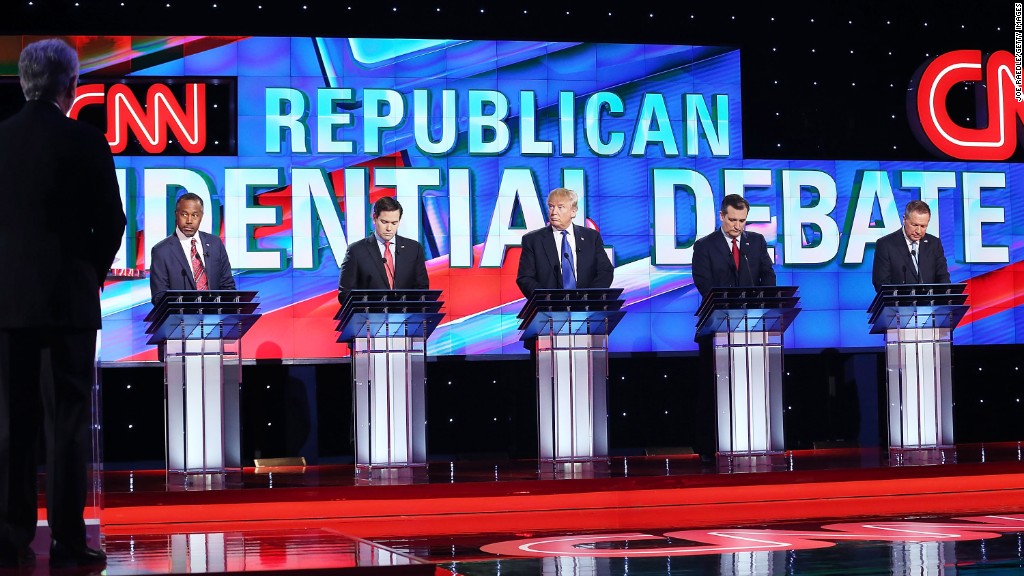 Discord has been the defining feature of the Republican race. More than any other time since the GOP lost the White House in 2008, the American political right is increasingly unable to find a unified public philosophy they can call “Republican.” A number of Americans however, remain unsatisfied with the Obama administration, and central issues like the effects of deindustrialization and the loss of jobs to foreign workers are alienating voters from the Democratic Party.

In this election, immigration reform mostly comes packaged in the rhetoric of national security. However, the fear of foreign workers taking American jobs is a serious one for working-class Americans.

Frontrunner Donald Trump proposed “the Trump Taj MaWall,” consisting principally of convincing the Mexican government to foot the bill for a 1,000-foot-long border fortification. It is a position shared by Texas Senator and consistent runner-up Ted Cruz.

Elsewhere in the field of Republican candidates, the immigration debate takes on a milder form. Florida Senator Marco Rubio–who has been accused of “bipartisanship”–supports a path to citizenship for the estimated 11 million illegal immigrants in the United States, though Rubio notes he does not support blanket amnesty à la the Obama administration’s DREAM Act. Ohio Governor John Kasich, meanwhile, has come out in support of full amnesty for 11 million law-abiding illegal immigrants.

Almost across the board, GOP candidates support an intensive audit of the visa process which brings foreign workers to the United States while citing horror stories like this ongoing scandal at Disney. Recently, Donald Trump has stoked fears in American workers by highlighting the decisions of Carrier, an air conditioning manufacturer, and of Nabisco, a snack food giant, to relocate parts of their workforce in Mexico.

Unions, more specifically collective bargaining, became an issue in the Republican race with the stillborn candidacy of Wisconsin Gov. Scott Walker. Walker was an unpopular Governor among Wisconsin’s working class after championing “right to work” laws that make mandatory union dues illegal. Republicans aren’t often successful at courting union support anyway; most support the management side of labor relations and view labor organizations as progressive interest groups. As usual, Donald Trump has defied these expectations: while all major union leadership has come out in favor the Democratic candidates, The New York Times reports that Trump’s economic protectionism is courting individual workers to vote the other way.

Republicans in Unison: Leave Family Leave to the Private Sector

When it comes to family leave, the GOP hits ideological bed rock. No Republican candidate has supported federally-funded maternity, paternity, or eldercare leave. All the candidates express sympathy for the issue, but they believe that any policy dealing in employment is rightly the purview of the private sector.

On the question of a minimum wage hike, the GOP has exhibited remarkable unity on this issue as well: Trump, Carson, and Rubio are all on record opposing any wage hike.

That said, the issue of pay-equity is inextricable from the issue of the minimum wage. The Economic Policy Institute notes that because of the preponderance of single mothers working minimum wage jobs in the United States, any raise would work towards closing the pay equity gap.

Given how important the issue is to voters, presidential hopefuls on the right may do better in taking the issue head-on. 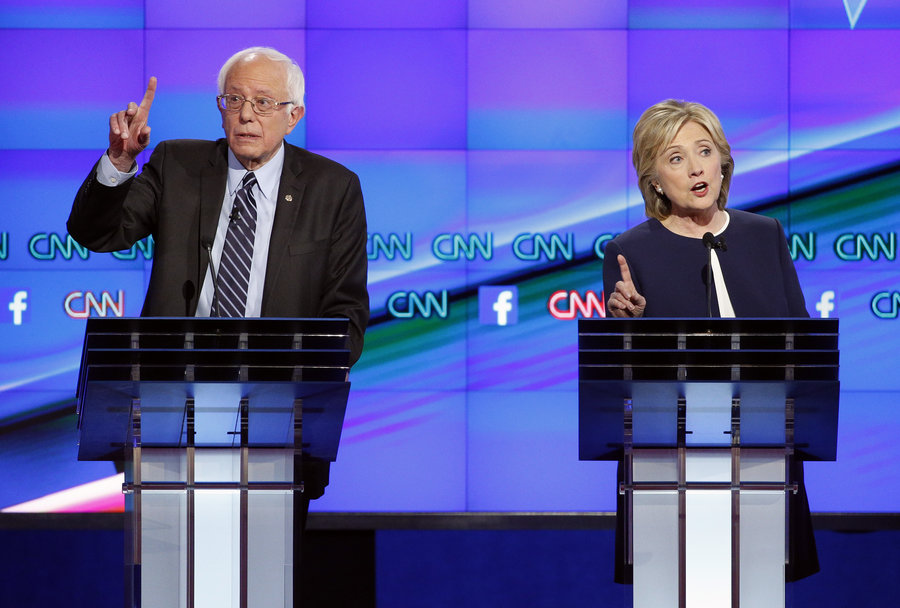 Secretary Hillary Clinton was supposed to pageant-wave her way to the coronation inauguration in January 2017. Having developed an impressive resumé as First Lady, U.S. Senator, and Secretary of State, and after losing to Barack Obama in 2008, many analysts considered 2016 dog-eared for Clinton.

But then Vermont Senator Bernie Sanders surprised everyone- first by campaigning as a Democrat (he’s a lifelong Independent), then by campaigning as a ‘democratic socialist’, and then by somehow surviving to contest a number of key primaries. For Sanders, this campaign has been about one thing: ridding American elections of corporate influence and oligarchy. It’s a message aimed directly at Hillary Clinton and her Goldman Sachs speaking fees. While this dynamic of the Democratic race has been dominant, let’s see how else the candidates align “on the issues” as Sanders might say.

Clinton and Sanders are for Pathways to Citizenship

Clinton and Sanders converge pretty clearly. Both support pathways to citizenship and ending the practice of family detention, which leaves children detained alongside adults as they await trial and deportation. Both also support President Obama’s Executive Actions on deportation relief and seek to expand access to education and healthcare for immigrants of all legal status. Though Sanders has voted against visa extensions for visiting workers, Sanders and Clinton cosponsored the DREAM Act together while in Congress, which guaranteed that children residing in the U.S. without legal status would have a pathway to citizenship.

Democrats have dealt with workers’ anxieties about the relationship between job security and immigration by pointing to a few key facts. The biggest immigration myth is that illegal immigrants take good paying jobs from natural born citizens. It turns out, that’s false. Instead, while low-wage jobs that require no verbal communication skills are often filled by illegal immigrants, displaced American workers are more often promoted- into higher paying positions suitable to English-speakers- rather than left to the unemployment line. What’s more, this effect has remained relatively constant due to the education gap between native-born Americans and the average undocumented worker.

Even forgoing the economic evidence, the simple fact of the matter is that immigration, of any kind, is less of a threat to the American workforce today than ever before– regardless of the policy du jour.

It’s hard to imagine a politician more frequently outspoken on the issue of equal pay than Hillary Clinton. Sanders is giving her a run for the money (pun intended), however–he’s the single biggest proponent of raising the federal minimum wage to $15. If you recall the link between minimum wage and equal pay, there’s an argument to be made here that these candidates are matched on these issues. Of course, Sanders does support equal pay outright, along with a litany of other issues surrounding racial and gender-based discrimination. Similarly, Clinton has voiced support for increasing the minimum wage as high as $12 while supporting state initiatives to go even further.

On labor, both Clinton and Sanders find themselves attracting union support due to their progressive stance on collective bargaining, which is to say they oppose right to work laws. For both, it’s an important issue as the decline of trade union density in the United States has paralleled the decline of middle-class wages.

According to the Sanders campaign, the richest 1% of Americans hold 90% of the nation’s wealth, a problem they attribute chiefly to a lack of equity in the tax code. As a result, Sanders supports levying a tax on income made through investments and raising taxes on Americans making over $3.5 million a year. The popularity of this proposal has pushed centrist Clinton leftwards, where she now supports a similar tax hike on disproportionately wealthy Americans.

Get Out the Vote!

As we move towards the national party conventions, regular Americans in the workforce will play a pivotal role in deciding the eventual nominees. Interestingly, according to a recent Quinnipiac poll, the youth vote is projected to play a significant role in electing America’s next president. Bernie Sanders (at a spritely 74!) has dominated that demographic on the Democratic side, while Donald Trump (69, right?) is continuously generating the most support among young Republicans.

While that is subject to change (18-24 year olds are not known for their certitude), it does suggest that the other candidates may need to do more to inspire younger Americans who harbor doubts about the future of their country. That might require a greater focus on the issues most important to them: jobs, education, and the economy. With voter turnout in the last presidential election barely sniffing 38% a stronger showing by voters in the workforce could leave an indelible mark on the 45th Presidency.